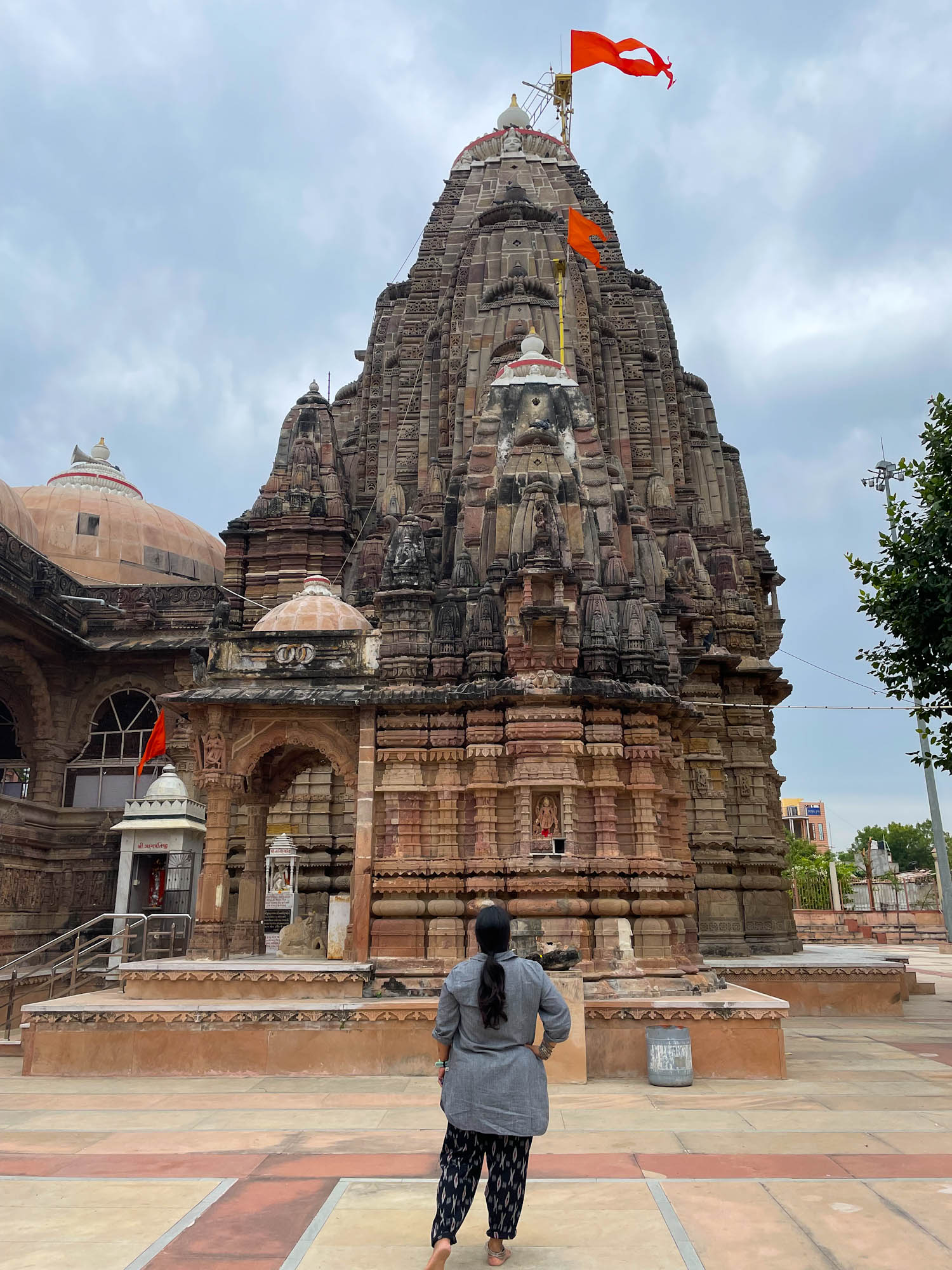 VADNAGAR- THE HISTORICAL TOWN IN GUJARAT

This was my second visit to Gujarat this year and this time we travelled from north of Gujarat to the east towards Kutch. A very well curated 5 days itinerary by India Tourism and Gujarat Tourism covered attractions to cater to all interests. Vadnagar is a relatively new product being promoted by the state for many reasons like  Kirti Toran, Hatkeshwar Temple and the iconic Vadnagar Railway station.

I love road trips and the countryside roads are amazingly beautiful. A night halt at Ahmedabad after landing, we left for Vadnagar the next day. Vadnagar is just 75 km away from Ahmedabad and it was a great idea to have an early sumptuous Gujarati breakfast of Thepla with curd and pickle, fafda, along with the regulars at the hotel. And yes, not to miss the Jalebis. In Gujarat, jalebis can be eaten any time of the day they are so crispy, juicy and delicious. Vadnagar is a small village en route to Patan and Modhera if you are proceeding towards Dholavira, a UNESCO site in Gujarat.

The comfortable and cushioned bus took us from Ahmedabad and in 2 hours we were in Vadnagar. The ancient heritage town with streets busy with roadside vendors selling seasonal fruits and vegetables, a herd of cattle, shops decorated with colourful handicrafts and clothes from the Kutch region and attractively ornamented camel carts and local Kutchhi people in their vibrant colourful Gujarati attire. As we walked through the streets we imbibed the rustic and warm feel of the village. Vadnagar is famous for its ancient Hatkeshwara Temple, Kirti Toran, new attraction lake Sharmishtha and the famous Railway Station where India’s Hon Prime Minister helped his parents in the tea business. Yes! Vadnagar is the birthplace of India’s 15th Prime Minister Sh Narendra Modi. 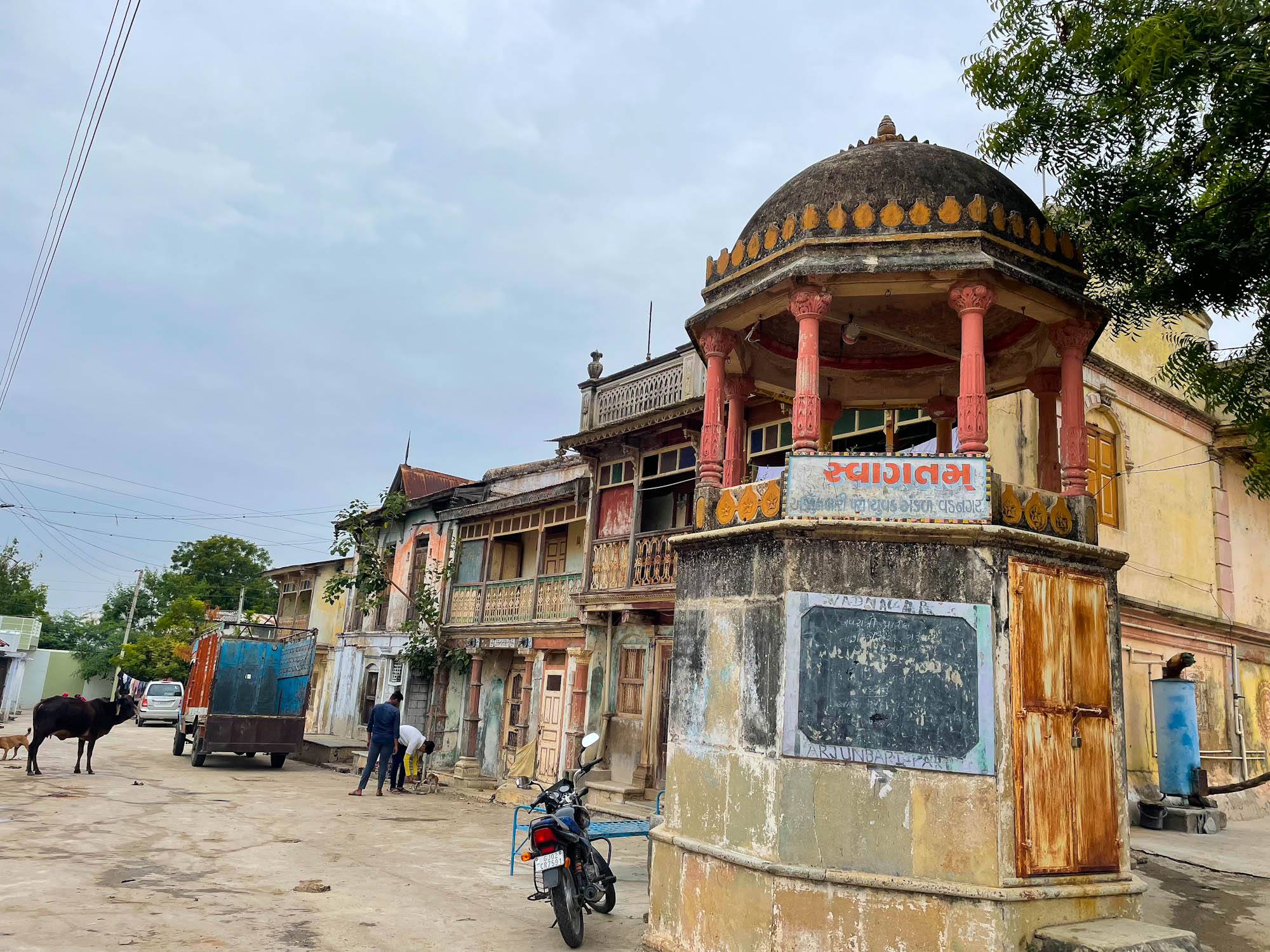 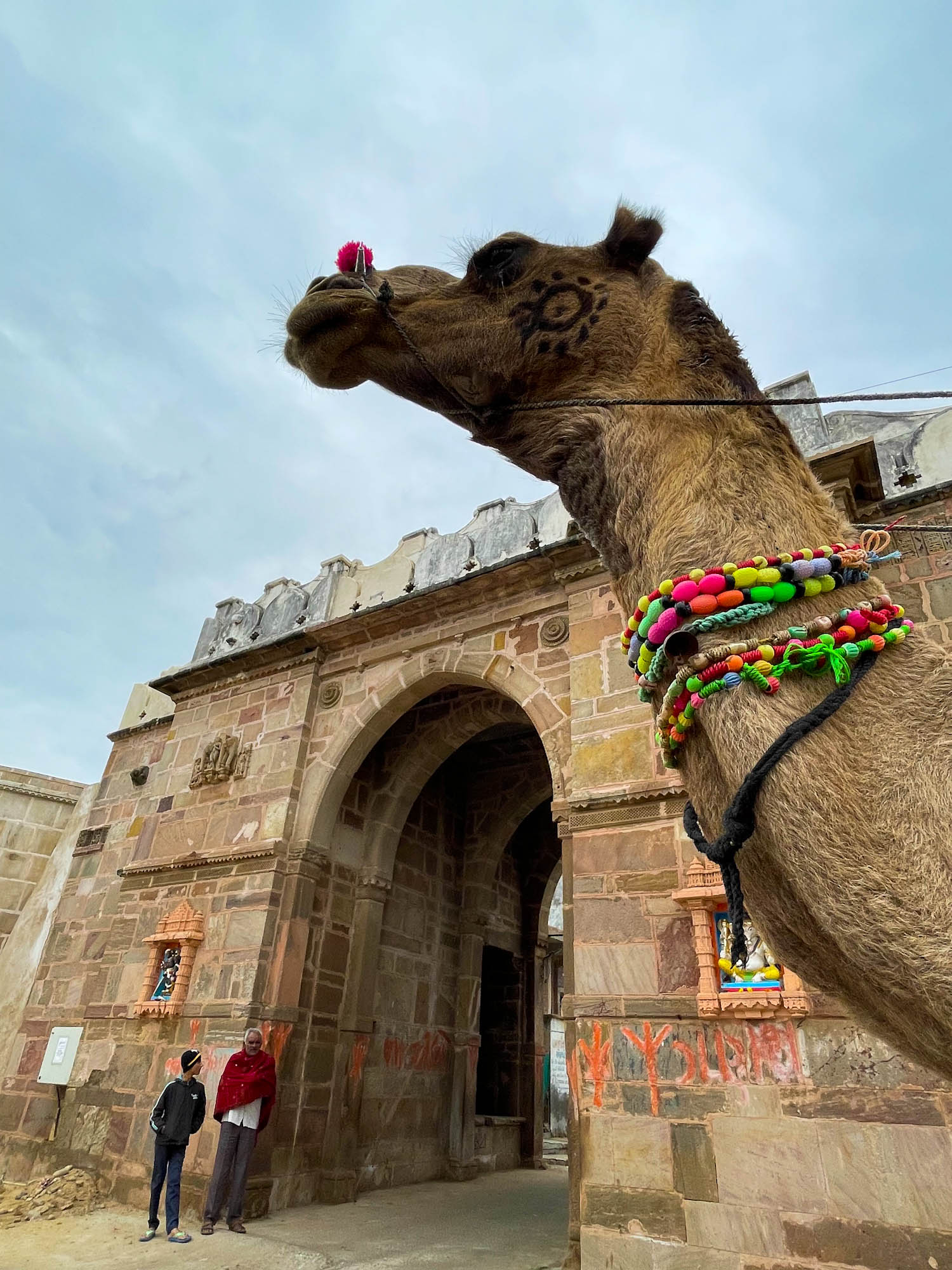 Vadnagar, in Mehsana District, has a history of 2500 years old and has discovered many interesting archaeological sites during excavations.  These excavations have traces of Harappan Culture.

The city was called by names like  Chamatkarpur, Anandapur, Anartapur, and Vruddhanagar. The name Chamatkarpur which means Miracle town was given to it due to its king who was healed of leprosy by taking bath in its shakti tirth’s ( powerful holy place) magical waters.

It became Anartapur later as a prosperous state during Mahabharata Era. This is also mentioned in travel stories by a Chinese Traveller Hsuan Tsang. Tsang visited Anartapur twice in 632 AD and mentioned that the city had a rich and flourished history with lots of temples and a Buddist presence.

The prosperous  Vadnagar attracted invaders from all corners. It was Solankis who took a keen interest in reviving the culture of the city after the attack by Malva rules who ignored the city. Solankis were powerful rulers with a desire for development and preserving heritage and culture. They built six gates to protect the city.

They built numerous temples, vavs ( step-wells), palaces, kunds, wells, roads, and schools across the state and in Vadnagar as well. The downfall started after the city was again attacked by Mughals and the city was destroyed yet another time. 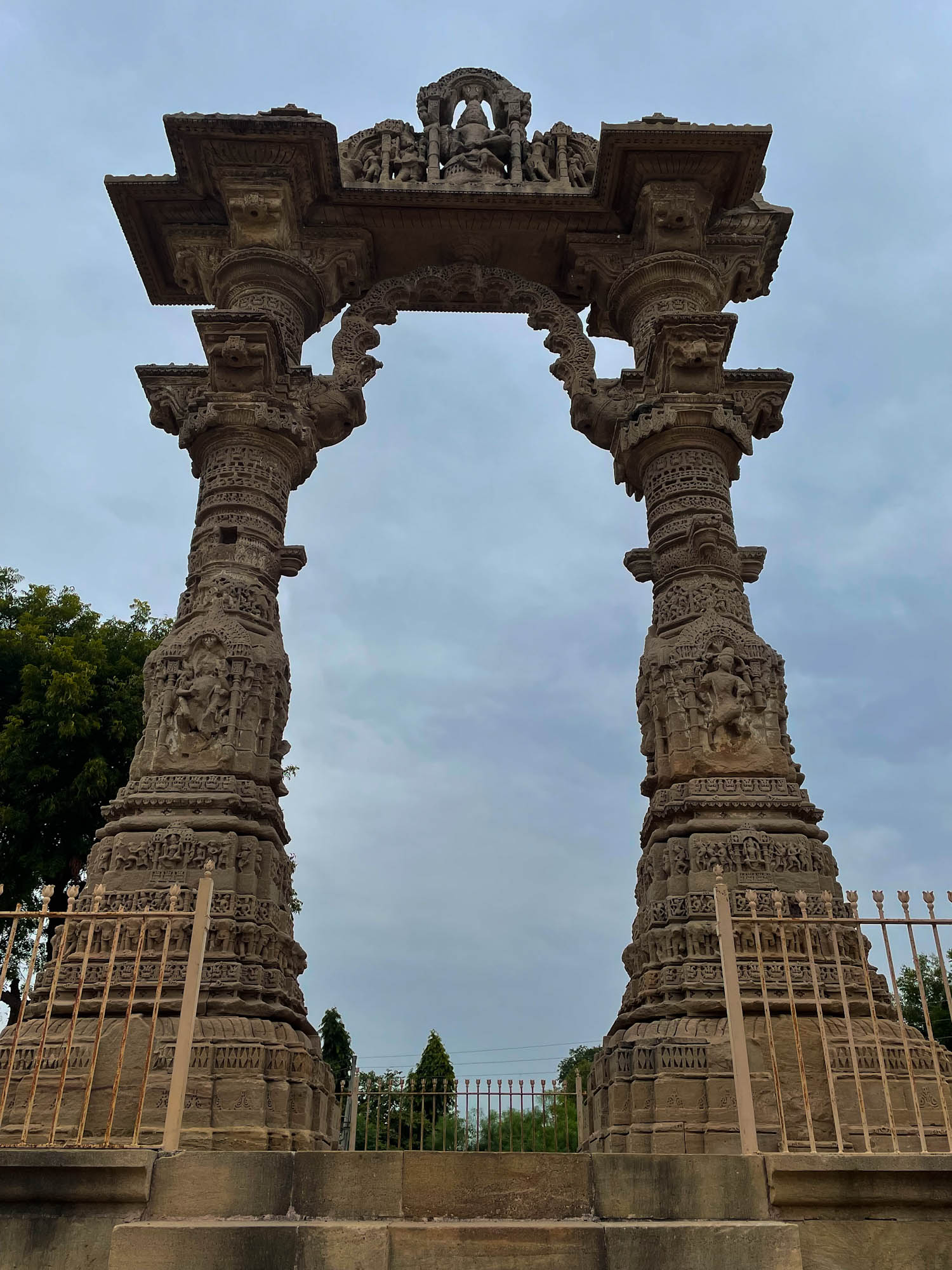 Places to see in Vadnagar

Vadnagar has a rich history and once the prosperous city has some of the excellent architectural marvels still standing tall in splendour. Temples, Torans, lakes and step-wells were built by various rulers in the city. However, the most significant places are Kirti Toran, Hatkeshwar MahadevTemple, Sharmishtha Lake and the new tourism product Vadnagar Railway Station. The excavation process in Vadnagar is in process and traces of Buddhists are found near Sharmishtha Lake.

As you walk through the main roads to the inner village lanes crossing houses decorated with vibrant colours of Gujarat, you will reach Kirti Torans. Old houses with ancient doors depicting Gujarat culture and heritage are full of warmth. People welcome you with their beautiful and heartfelt smiles. Torans or the Entrance gates are the pride of Vadnagar. Carved with intricate battle and hunting scenes, Kirti Torans, in pair are beautiful columns standing tall with supporting arches. These 40 feet high pillars built in red and yellow sandstone are the official symbols of Vadnagar for their magnificence and significance. They are located near Sharmishtha Lake. These victory arches or Kirti Torans are reminiscent of Vadnagar’s history. 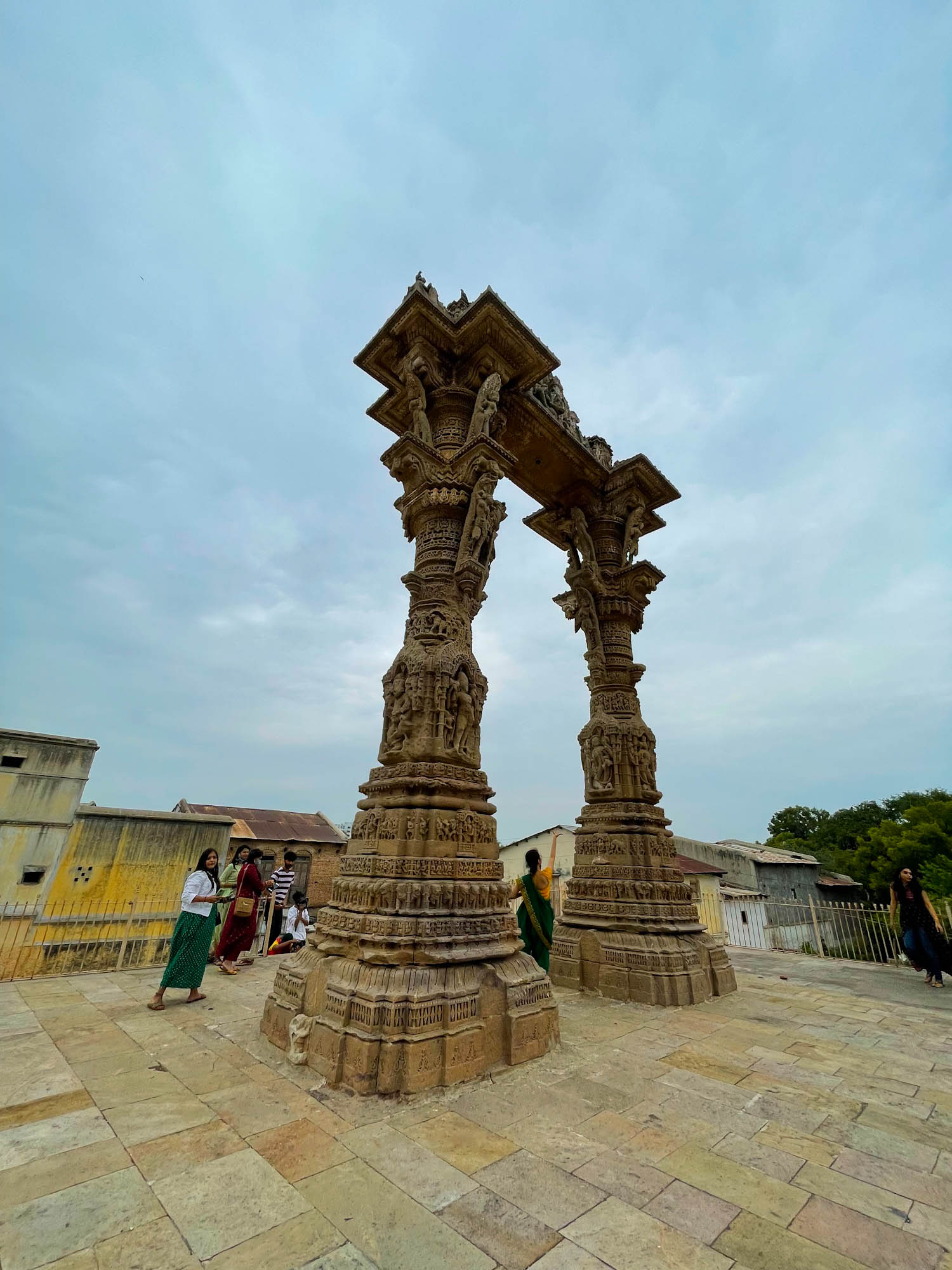 A 17th Century temple dedicated to the deity of Brahmins who were the prominent community in the region in those days.  Standing tall and sturdy, this exquisitely carved temple depicts the stories of Ramayana,  Mahabharata, Puranas, dancing apsaras, flowers, planets and much more. The inner sanctum is believed to house a Swayambhu Lord Shiva. Swayambhu is a self-emerged Shiva Linga. The beauty of the temple lies not only in its picturesque structure but also in the puja performed and the chants inside the temple. Spend some time inside the temple to feel the positive vibes and the sanctity. 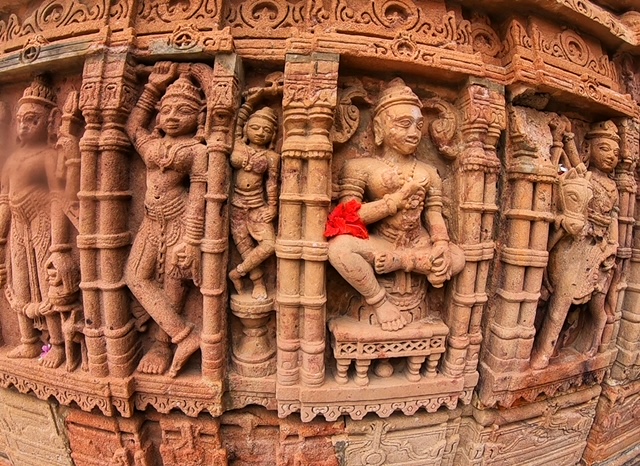 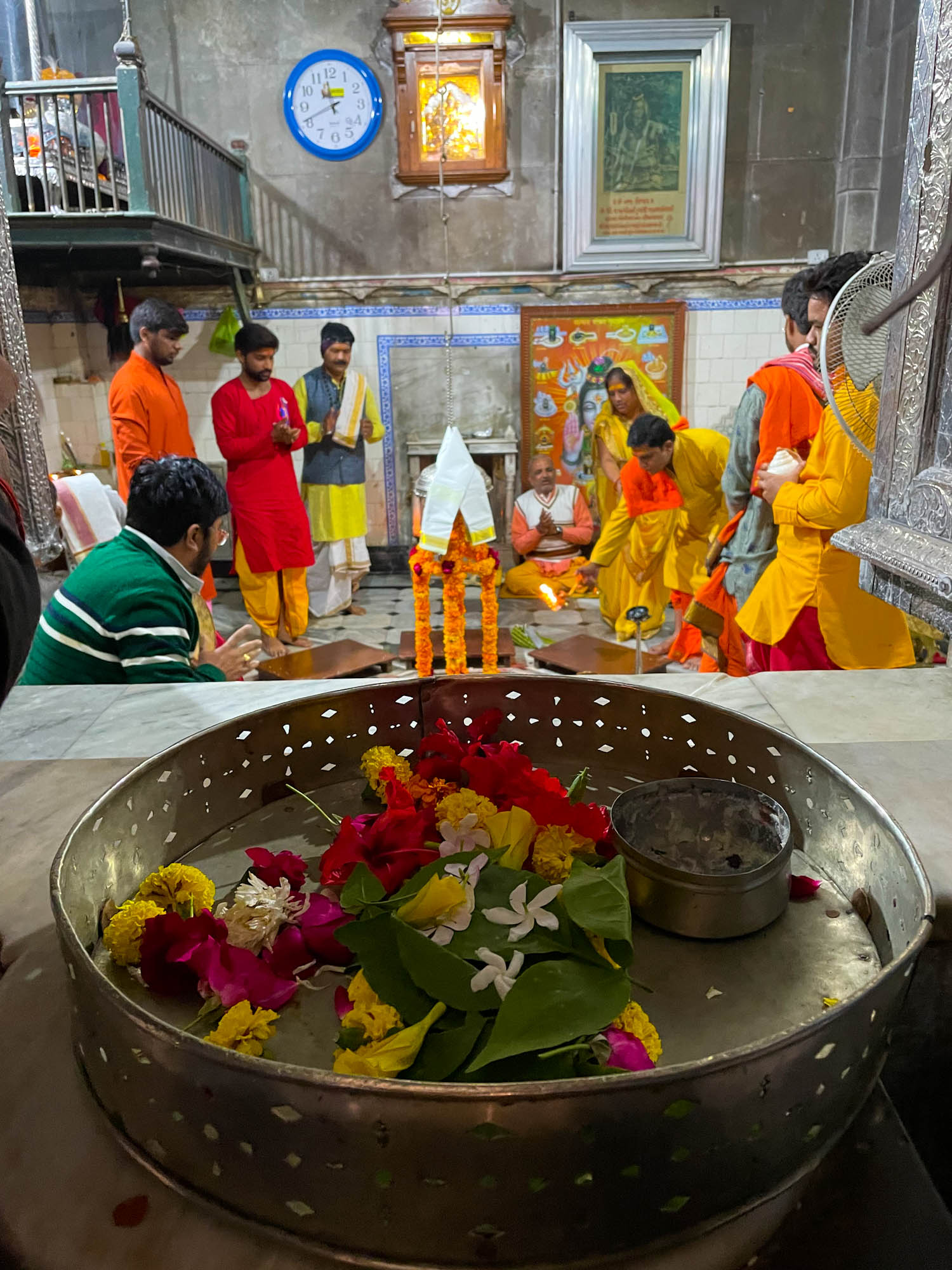 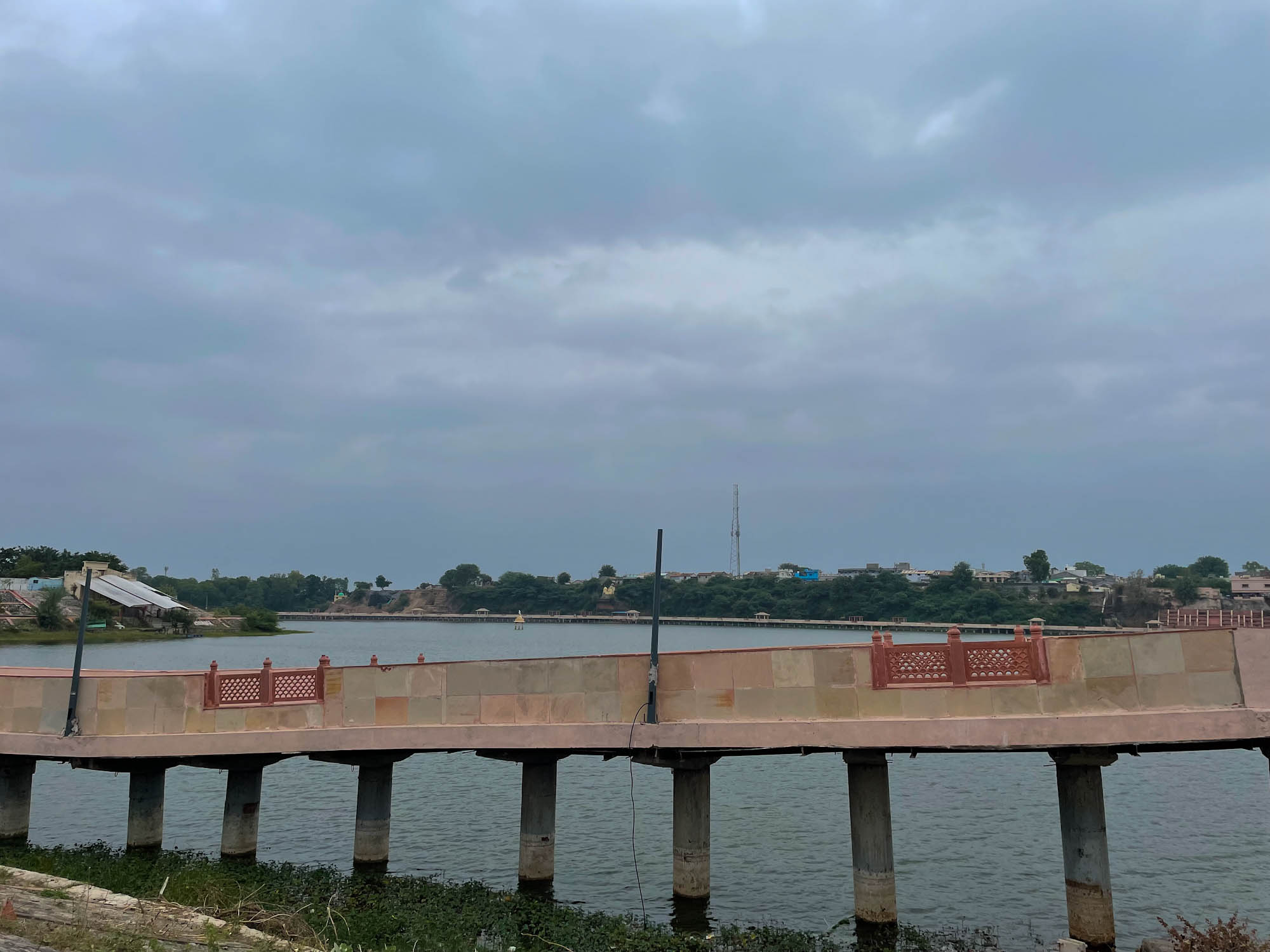 The newest tourist attraction in the town is Vadnagar Railway station. Vadnagar is the birthplace of India’s 15th Prime Minister Hon. Shri Narendra Modi. The spick and span revamped railway station is the iconic place where Sh. Modi helped his parents in the tea business as a child. The place inspires and motivates you as to how a person with his dedication and fighting spirit travel from rags to riches. There are only one train Gandhinagar-Varetha which passes through Vadnagar. Varetha is a small village in Mehsana District famous for Taranga Hills for its tourist and religious attractions.

Vadnagar is easily accessible via road. Mehsana being the district headquarters, one can reach by taking local transport, non-metered auto rickshaws or by own vehicle. Vadnagar is 111 km away from Ahmedabad.

Sidhapur is the nearest railway station. You have a train from Ahmedabad.

Ahmedabad is the nearest Airport. 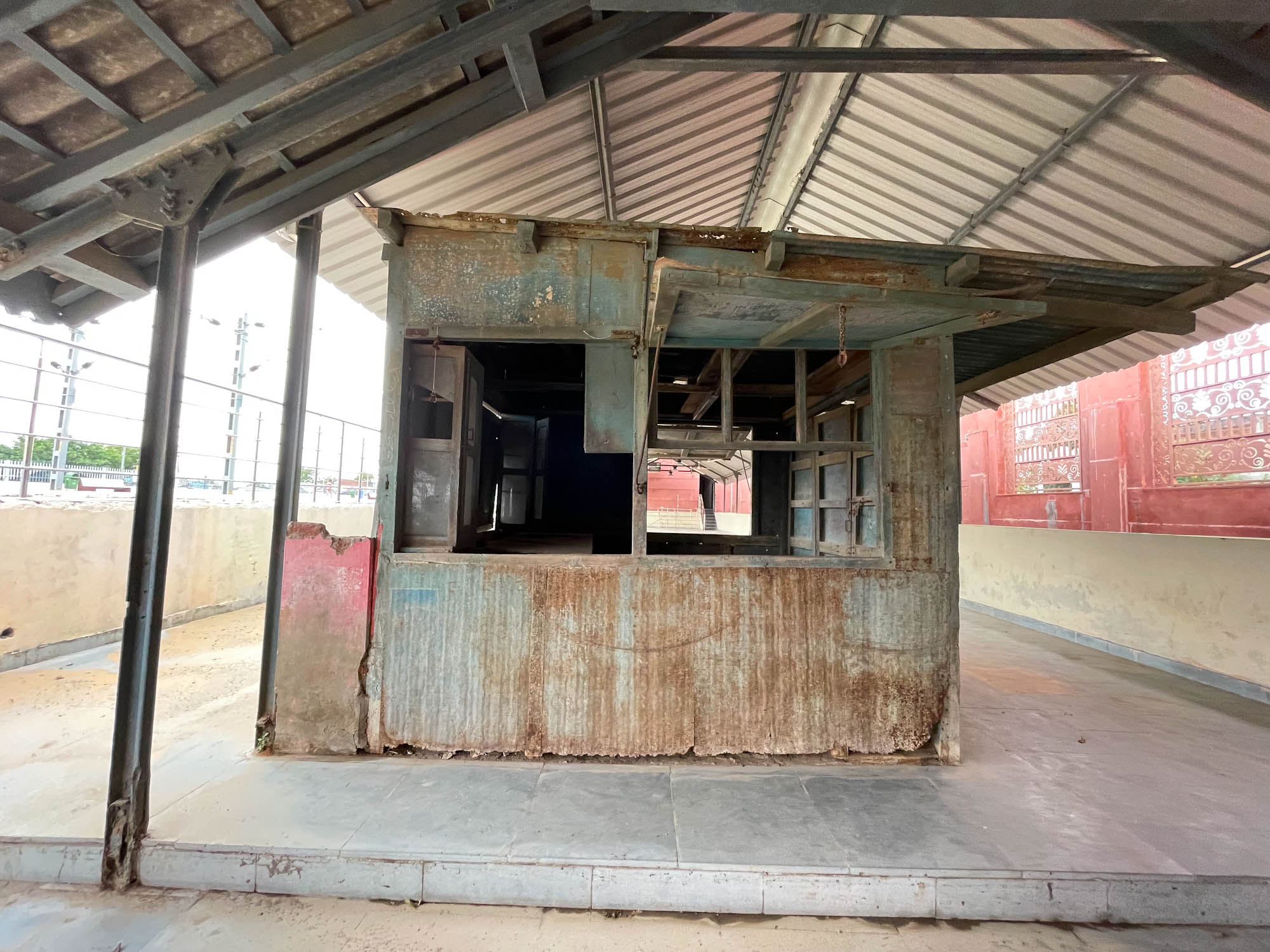 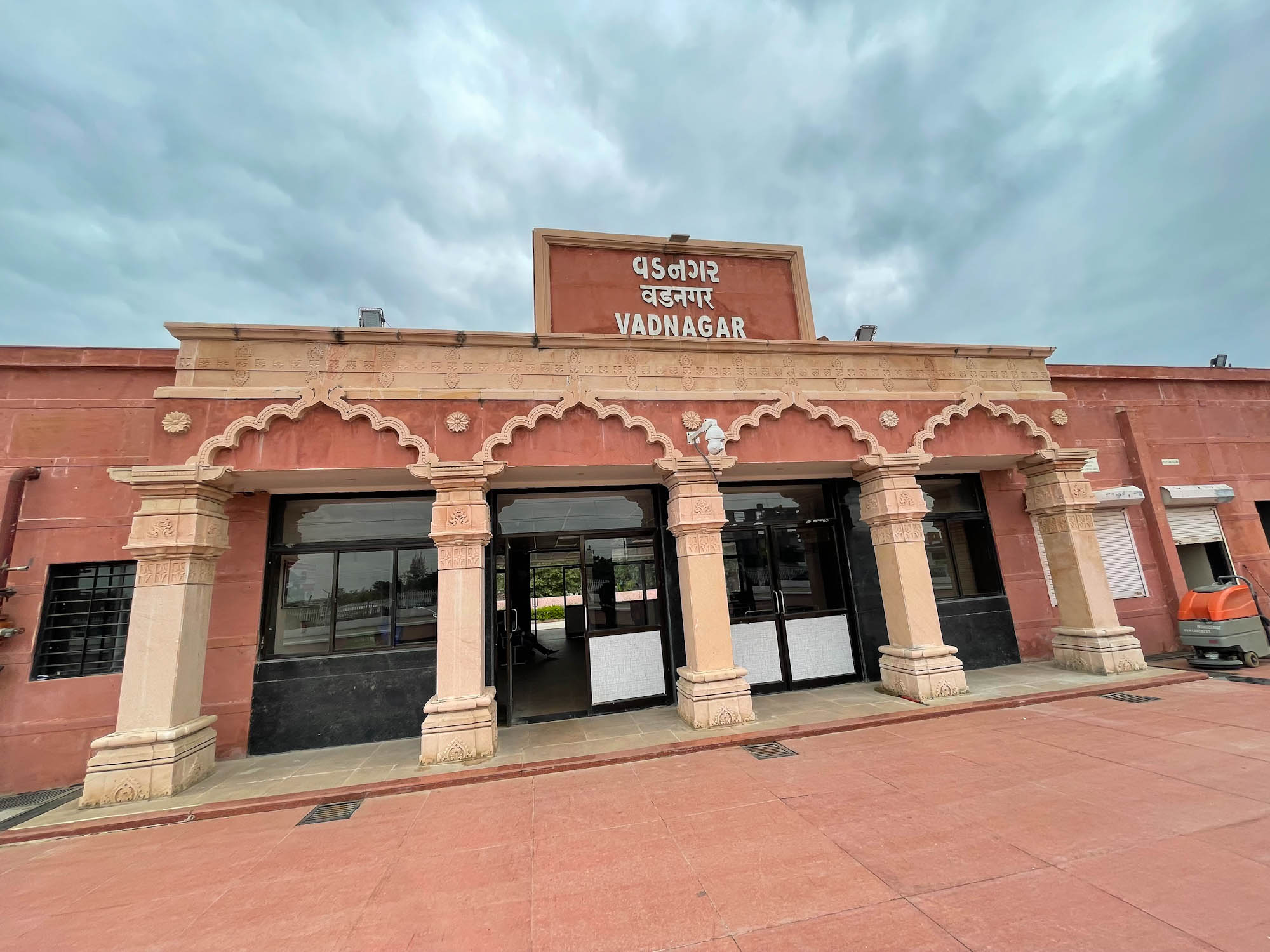 Other Places to visit in Gujarat  : Dholavira | Patan and Modhera 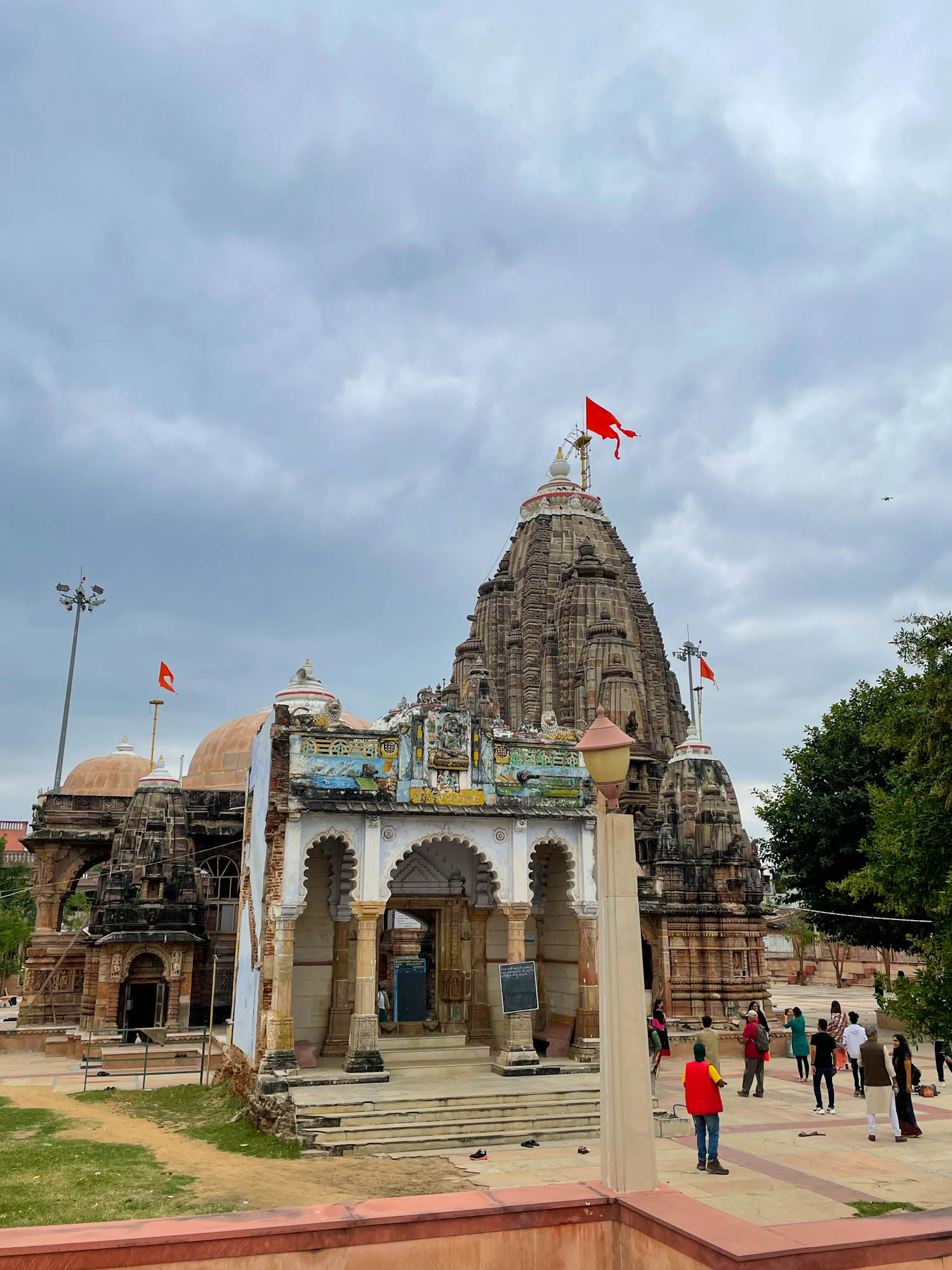