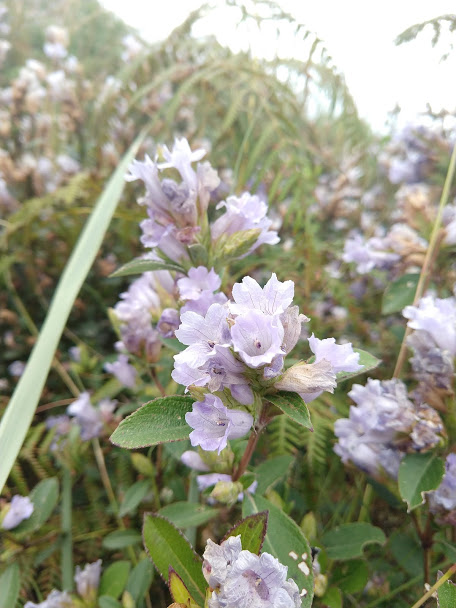 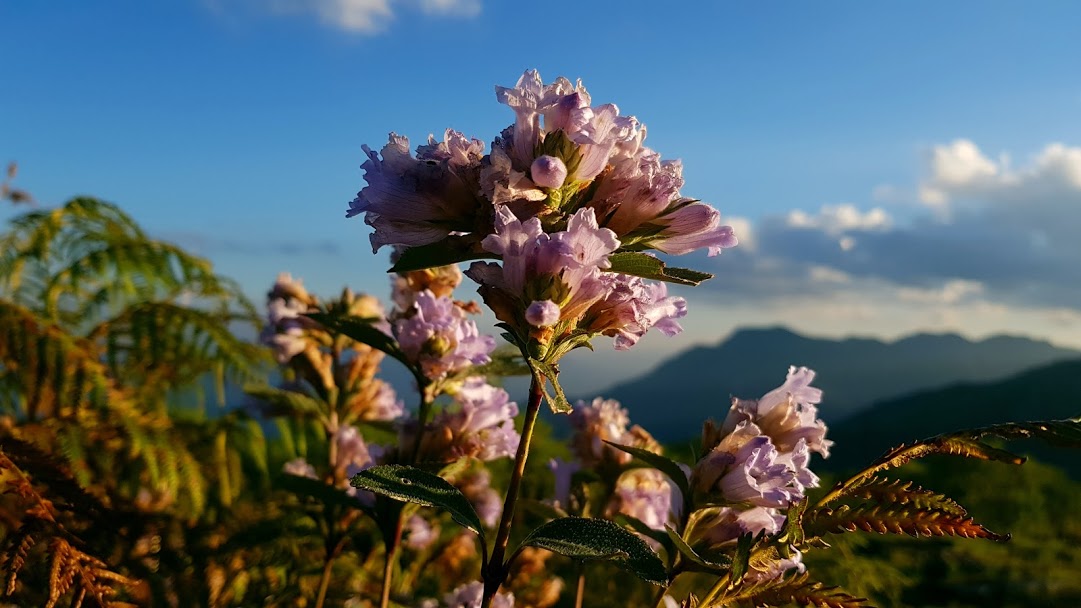 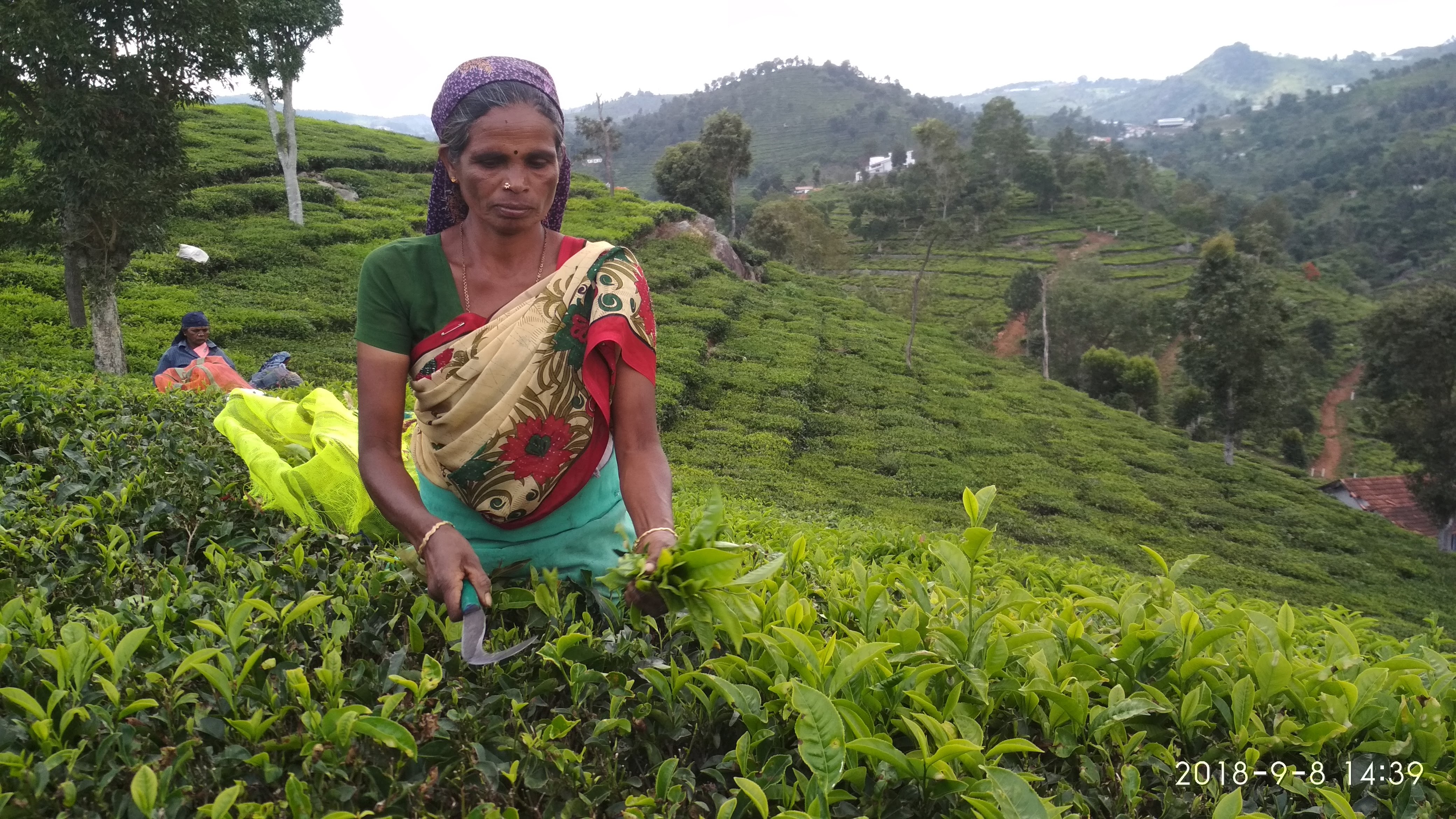 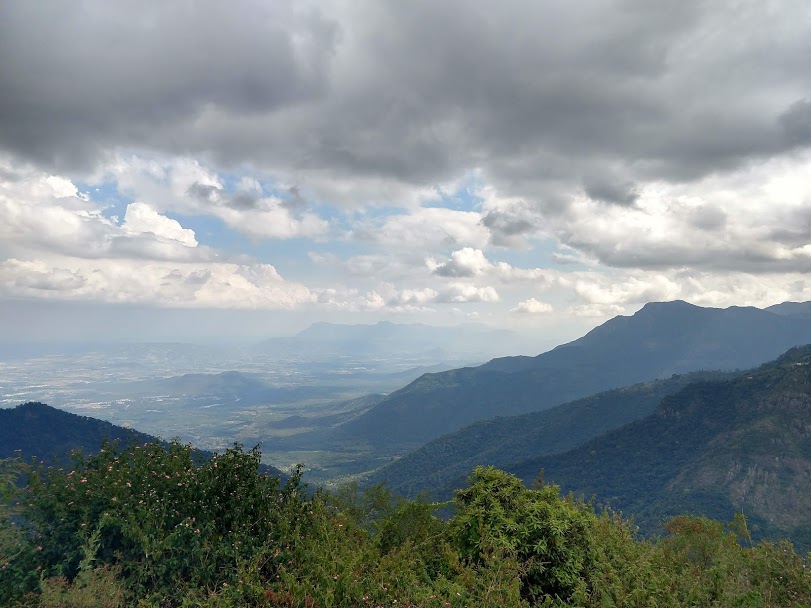 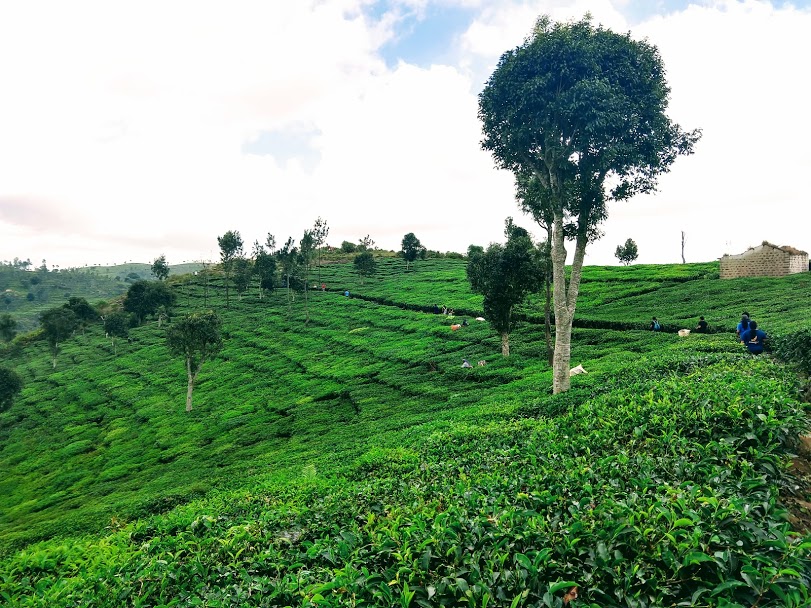 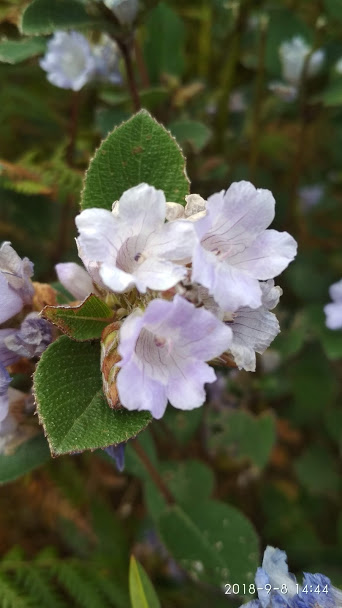 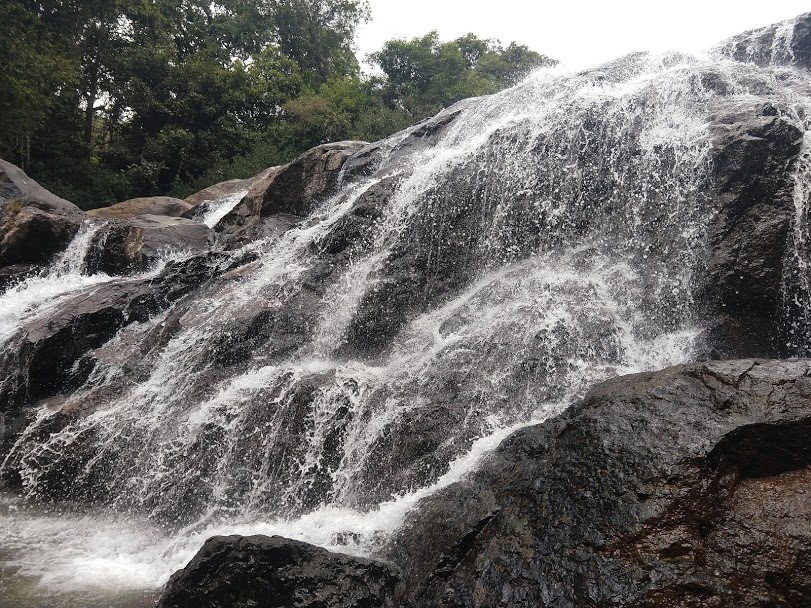 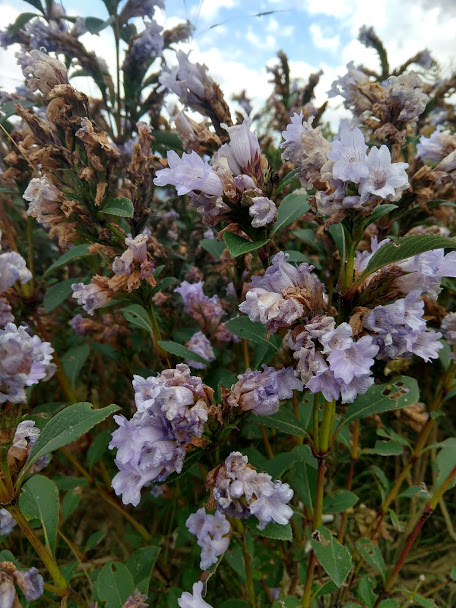 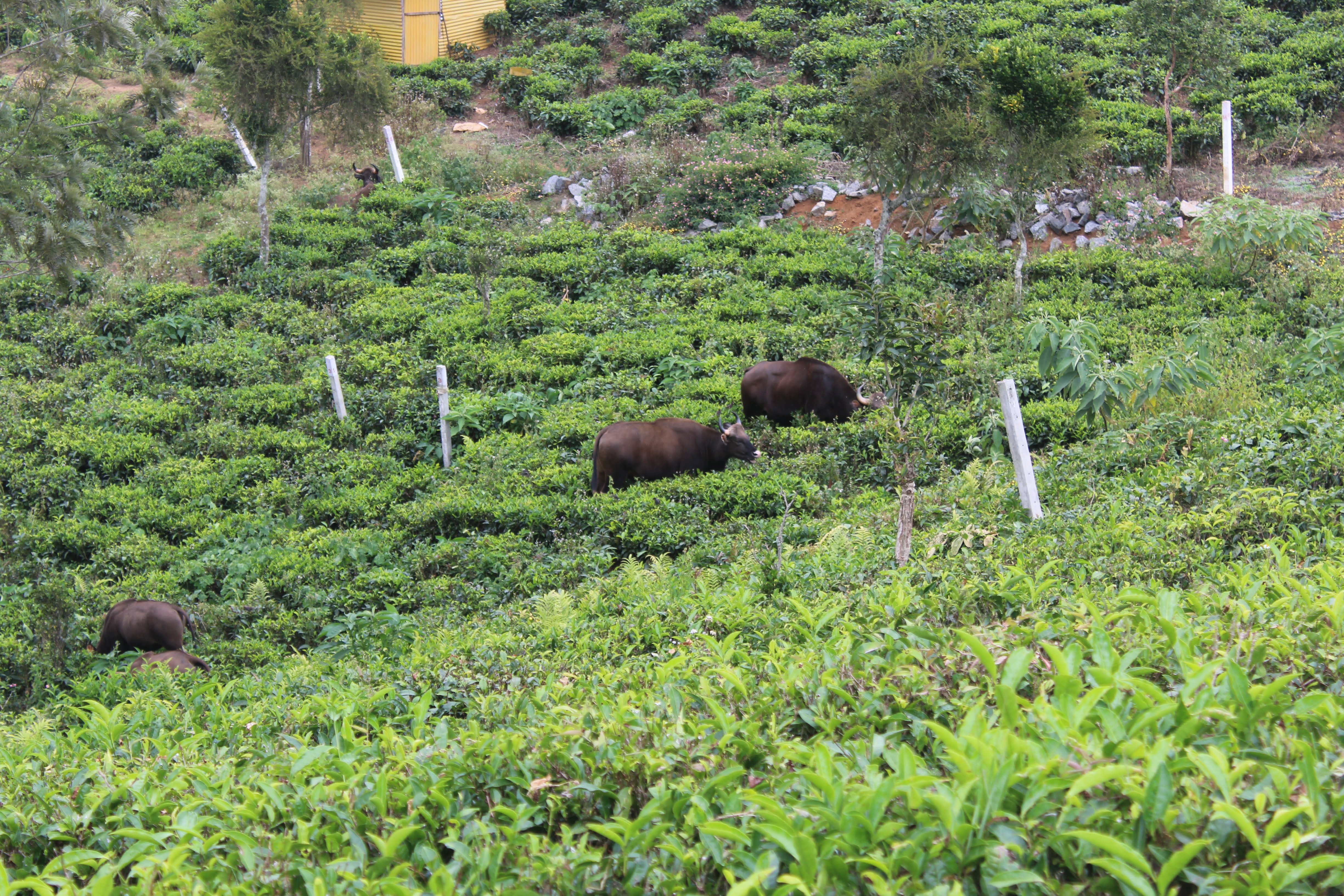 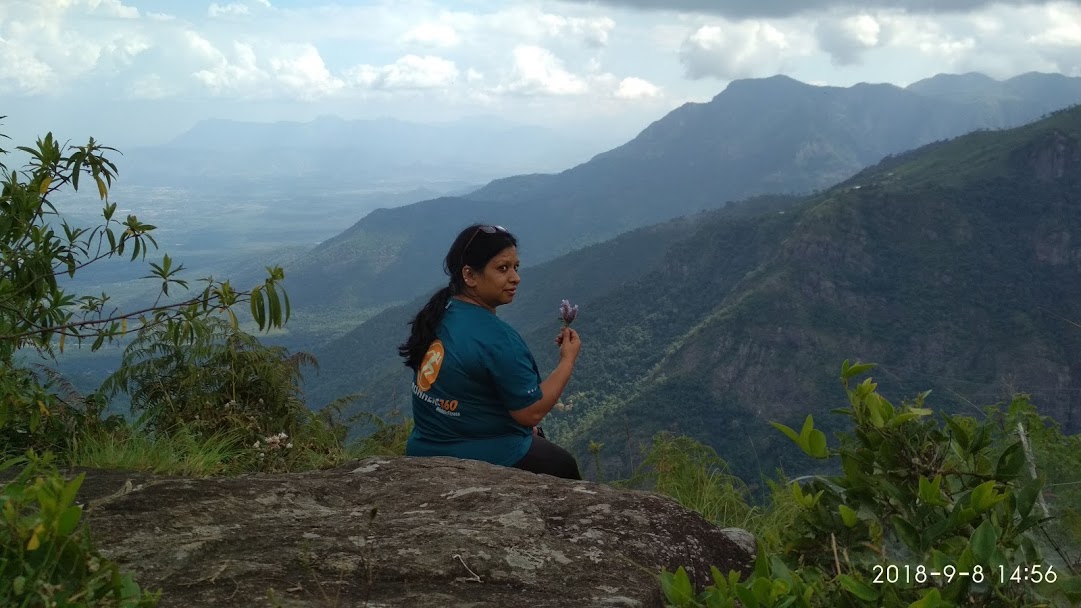 2018 was the year of Neelakurinji blooming in the Western Ghats and no wonder why it was flooded with tourists and trekkers. The copious flaunt of violet-blue flowers that cover the entire plant and the blossoms spread out as a blue blanket on the hillside of the Western Ghats which already has tea gardens.

Neelakurinji is distinctive in itself as it can be seen only in the Western Ghats in the mountains of Munnar and Ooty where the tea is grown. It blooms once in 12 years.

We heard that there are actually 40 varieties of Neelakurinji but this violet one is the most sighted one. Neelakurinji also means a Blue Mountain. Locals have their stories strung to the blooming saying it is the symbol of the self-awakening of a woman, poets have penned it as a symbol of love and happiness and for trekkers, it is the trek to flowers which pulls them and witness the long-awaited blooming.

The amazing sight of bloom looks like the mountains are covered with blue snow and the sight is to behold for the rest of our lives.

We as a group of trekkers trekked to Kotagiri in Ooty district of Tamil Nadu which is another place where Neelakurinji blooms. Situated in Nilgiris range of Mountains, Kotagiri is a hill station and is an off-beat location which is still untouched and is a delight for trekkers. It’s not just a trek but can also be a  leisure walk through tea gardens amidst mountains which makes it a smooth trek and not a strenuous one.

Kotagiri which actually means Mountains of the Kotas( A tribe in Nilgiris Range), is not so popular hill station is situated at an elevation of 5800 feet. Surrounded by tea gardens and beautiful landscapes, Kotagiri offers plenty of opportunities for trekking and rock climbing.

The most popular trails in Kotagiri are towards Catherine  Water Falls. Kotagiri can be visited for trekking or just sightseeing throughout the year but we visited specifically to sight Neelakurinji.

Kotagiri is just 30 km away from Ooty and can be reached via road by state transport buses. We hired our own vehicle to reach our camp location. There are a number of local vendors who help you to pitch tents at various spots. It’s always better to go with them and not pitch at any place as there are lots of Bison and other wild animals in the region.

You can either carry your own tents or avail the facilities from the local vendors. There are a couple of homestays and other accommodations available but there is nothing like staying in tents surrounded by mountains. The morning view is incredible from every spot.

It’s an overnight journey from Bangalore. After freshening up we had breakfast and headed towards the Catherine Falls. There is a small drive and then hike towards the falls. Like any other touristy falls this one is usually less crowded because of its reach. One has to climb down crossing a rocky path to reach to the falls for a dip. This was an amazing experience.

One needs to be fit really fit enough to go down. A dip in the chilled water washed away all our tiredness. Having spent a few hours there we walked back to our base site for lunch.

After lunch, we started our actual trek to Neelakurinji which was about 8 km trailing through the picturesque mountains and tea gardens. The view from the top was breathtaking. Though the bloom was not as expected but nonetheless it was worth  the trek. The hilltop was covered with a violet layer and was so mesmerizing.

Non-stop clicking of pictures and the view from the top didn’t allow us to descend. But we had to since it was sunset time and we had to move to another location for a sunset view and it was time for wild bears to move around in the tea gardens.

After a total trek of about 15 km, we reached our base camp for dinner and bonfire. We could hear Bison around so planned to stay in our tents and not ventured out for a night walk.

Next morning after breakfast we headed back with loads of memories and wish to view Neelakurinji after 12 years again.

Similar : Trek to the highest Tea Estate in the World at Kolukkumalai | Unplug yourself in this Rural Trek at Kookal | Day trek for beginners near Bangalore at Channagiri | Honnemaradu- an offbeat destination in South India | Madhugiri- The second largest Monolithic Rock in Asia is near Bangalore