A Day Trip to Lepakshi 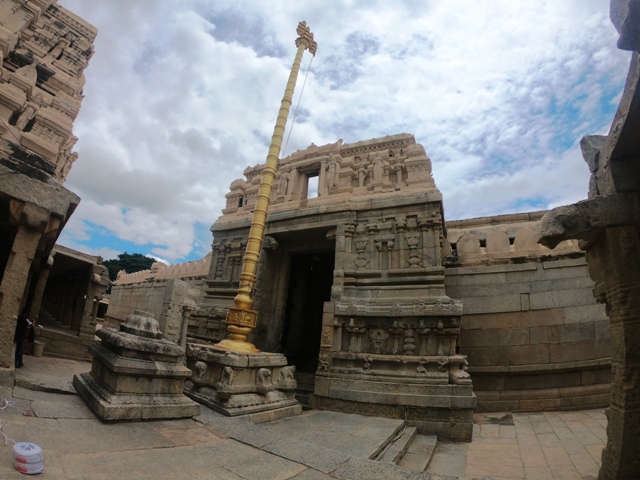 A small village is rich in history, mythology, architecture and archaeological presence is located in Anantpur district of Andhra Pradesh, also accessible from Bangalore. The village has lots and lots of real and believed stories. The place attracts not only pilgrims but also people with interest in history, architecture, archaeology and even adventurers. There is so much to explore that people even plan to stay there for 2-3 days. It is a perfect weekend getaway from Bangalore. 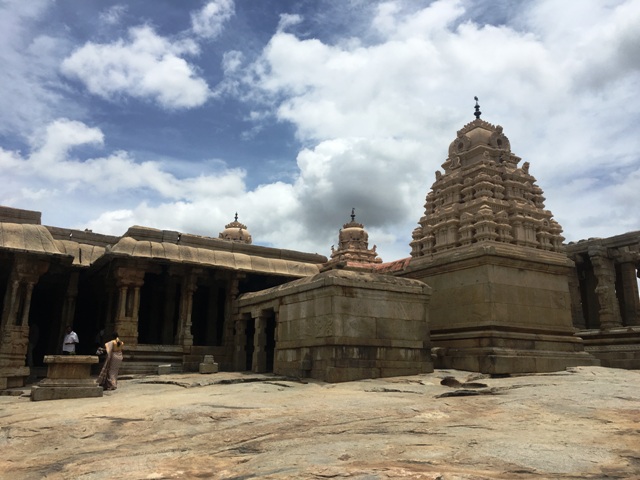 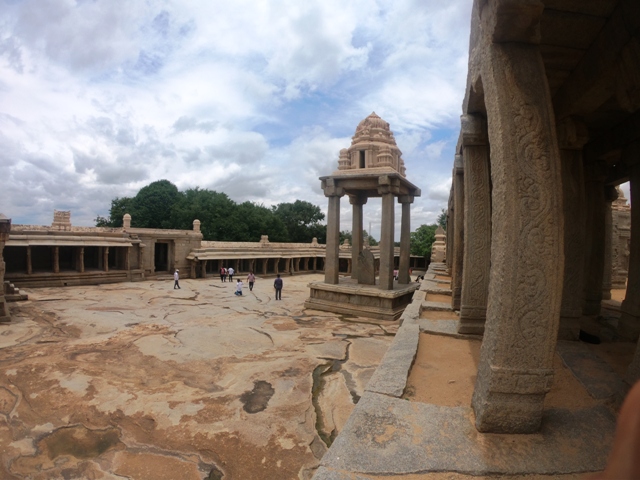 Lepakshi is a treasure of Temples, Paintings and some interesting facts and works of the Vijayanagara Empire. Lepakshi is known for 3 shrines Shiva, Vishnu and Veerabhadra which is why it is also called as The Veerabhadra temple,  a different form of lord shiva. Built-in 16th Century of Vijayanagara Empire, the temple has various sections for worship, dance and cultural activities. An open-air hall named ‘Kalyan Matapam ‘ is believed that Lord Shiva and Goddess Parvati got married here. This hall is made of 38 single grey sandstone pillars with intricate carving on each pillar depicting various dance forms or mudras. The dance forms of Lord Shiva, a dancing pose of Rambha, Brahma playing the drums and many more such sculptures of Lord Shiva and  Goddess Parvati. 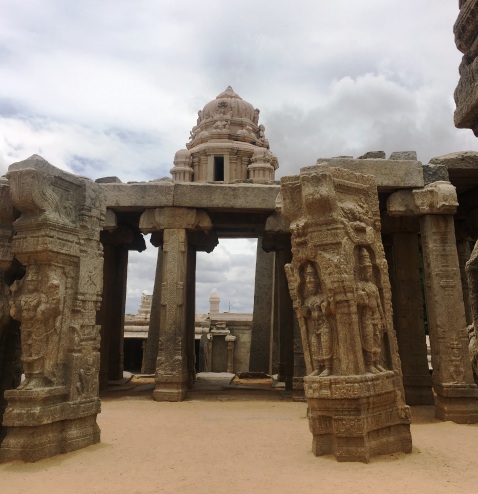 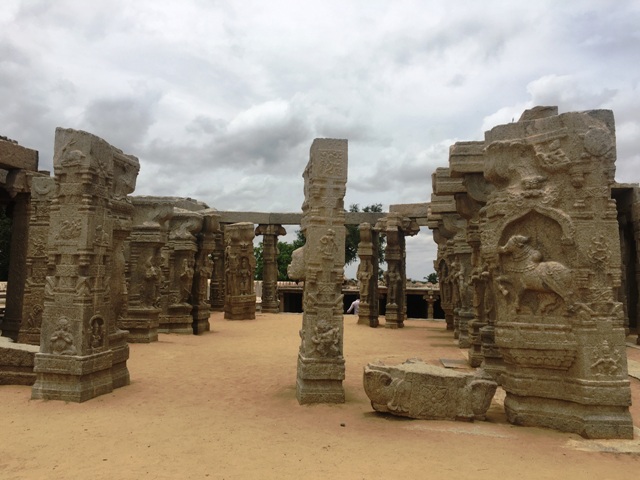 It is believed that the Veerabhadra temple was built by the sage Agastya The main attraction and the largest structure of the complex are the Veerabhadra Temple. Look for : 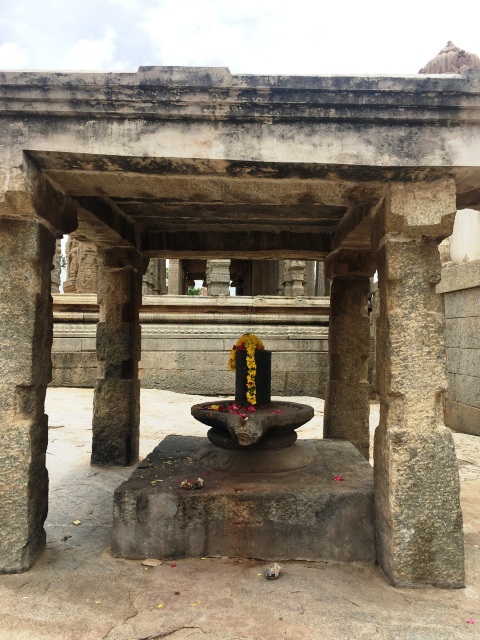 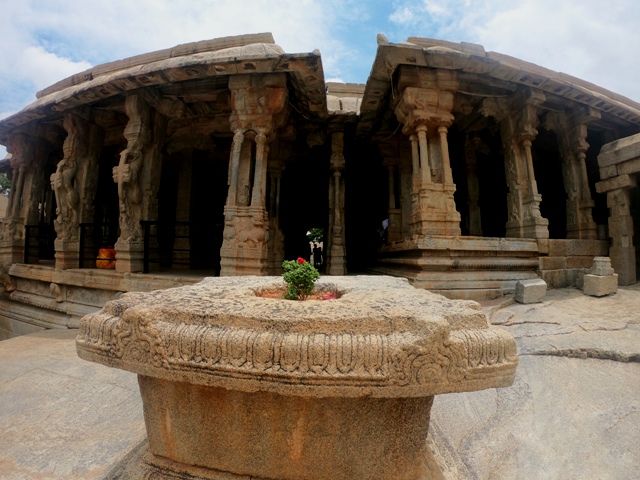 As you enter the premises, a few yards before the main complex lies a huge Nandi Bull. Made up of single granite rock is beautifully carved with ornaments and smooth contours. The largest Nandi Bull in the world and second largest monolithic structure in India. The Nandi is 15 feet tall and 27 feet long. The bull statue is of great historical and religious importance in Hindu mythology as it is said to be the vehicle of Lord Shiva. 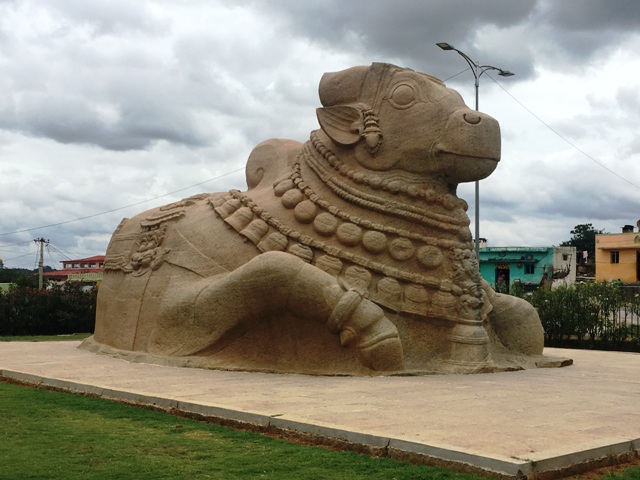 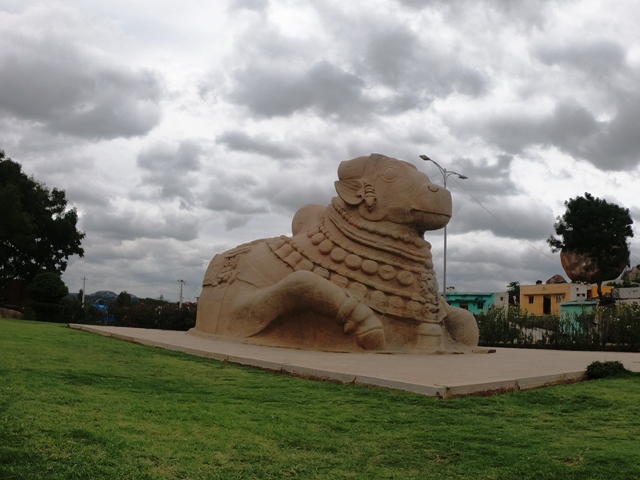 Another significant spot is Jatayu’s Stone. This is the place where the bird Jatayu fell after being injured in a fight with Ravana, who was carrying away Sita. Then Sri Rama reached the spot and empathetically said: “ Le Pakshi” which means ‘ Rise Bird’ in the Telugu language of Andhra Pradesh. 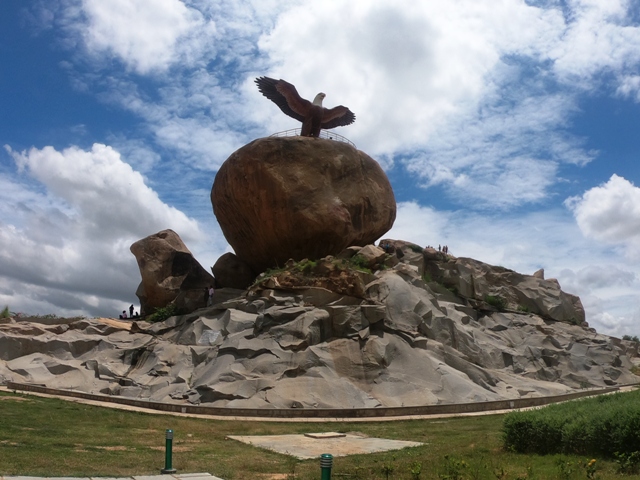 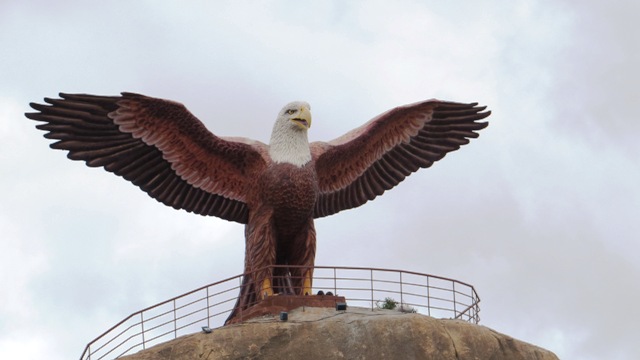 By Air: Bangalore International Airport is the nearest airport well connected with domestic and international locations. From Bangalore, taxi and local transport vehicles are available for Lepakshi. It is about 100 km from there.
By Rail: Hindupur is the nearest railway station connected to the main railhead. Taxis and buses are available for Lepakshi from Hindupur. This is about 12 km.
By Road: Nearby prime locations like Hindupur, Anantapur (124 km), and Bangalore are well connected to Lepakshi. Private taxis and local buses are easily available from here for Lepakshi. 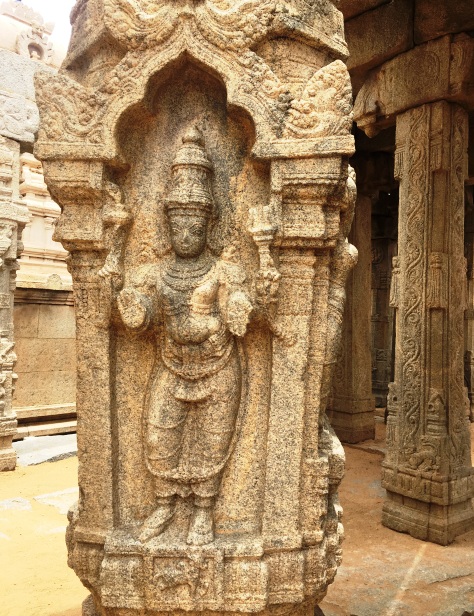 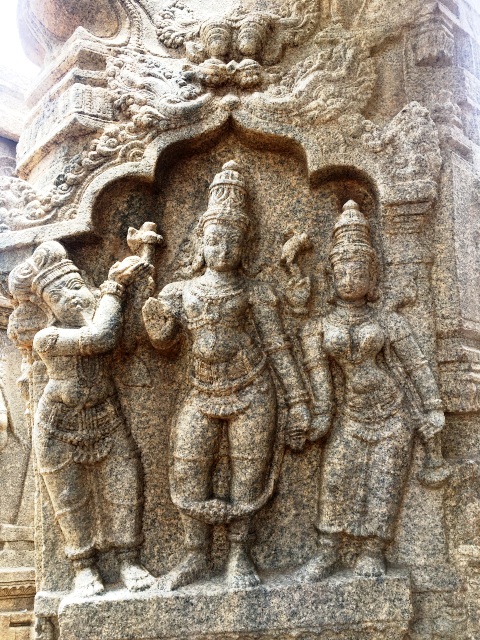 Summers are usually hot and can be avoided as everything is open air and a lot of walking is required. September to March is a good time to visit. Lepakshi also hosts 10 days long cultural and religious, a must-visit, festival during February and attracts lots of tourists across the world. 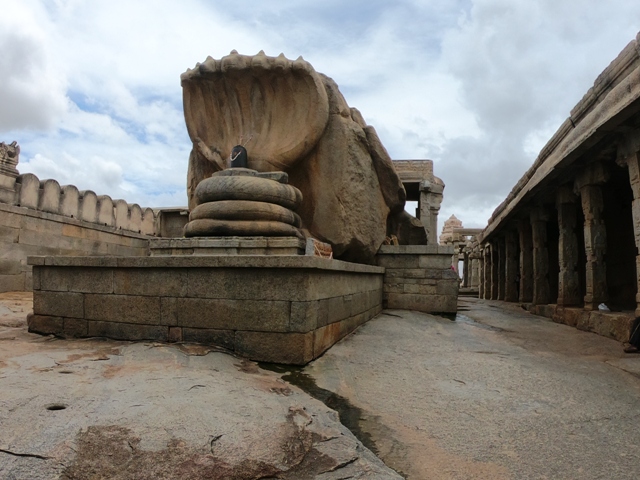 Lepakshi is one place which has deep significance in its every part. Whether you are gazing at its mural painting or studying the history /mythology or walking through the  Temple, you will not regret a bit for choosing this wonderful gateway. A day spent at Lepakshi is really worth. Also, If you have time, do check out Dharmavaram village which is closeby and is famous for silk and cotton weaves. 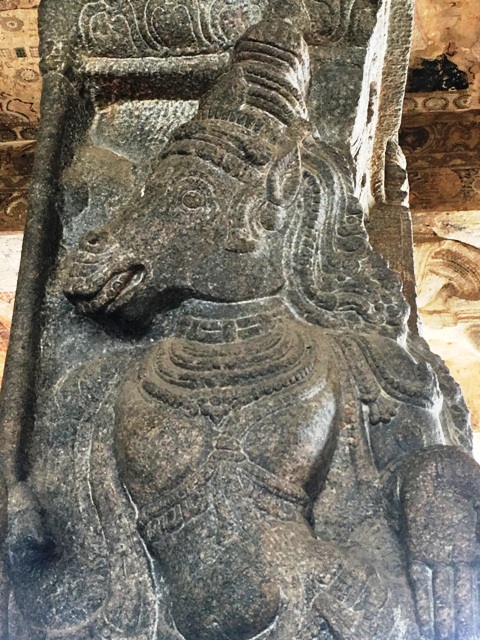 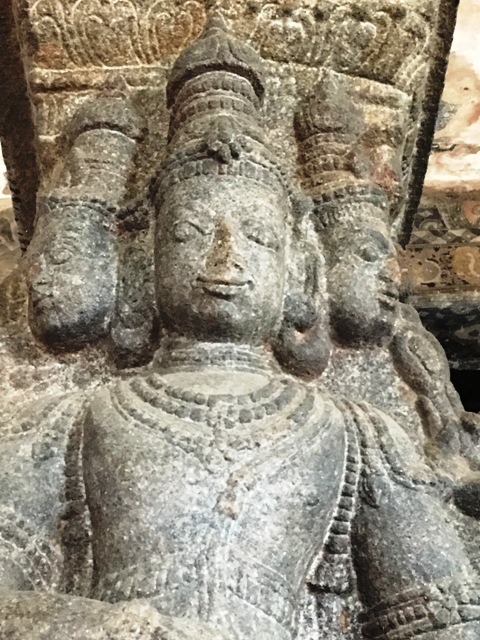 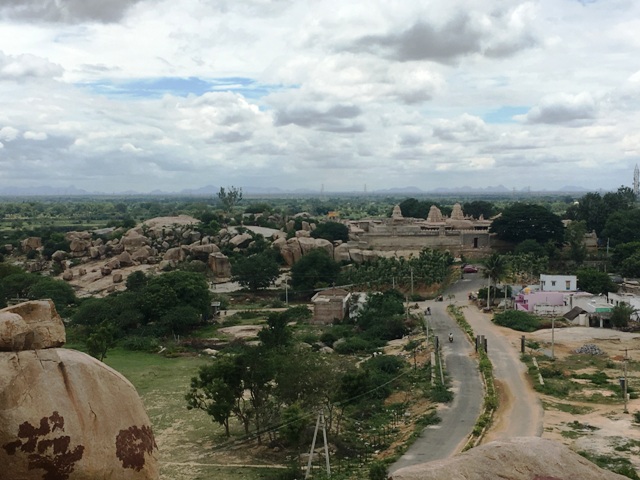 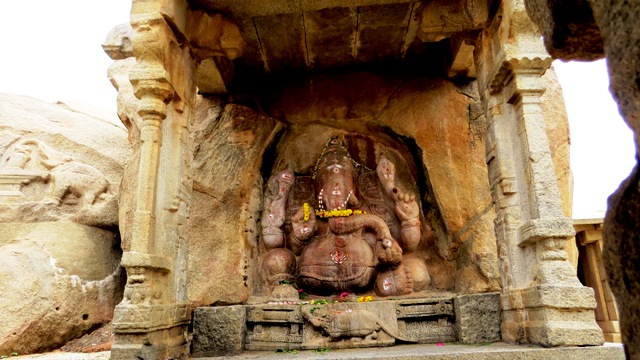 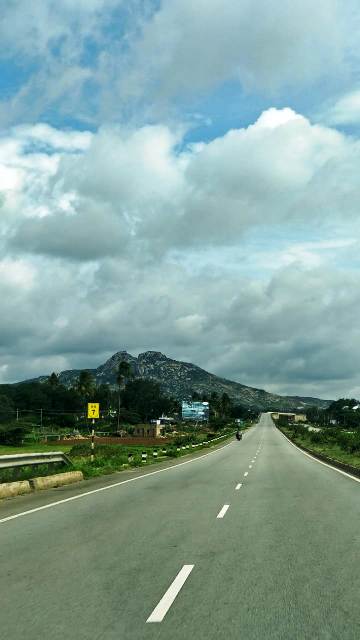 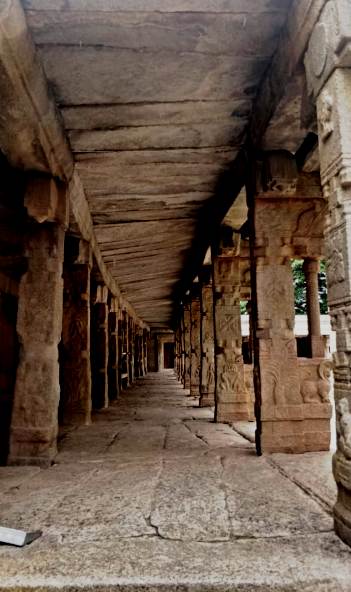