KHEERGANGA- A peak of myths and beliefs 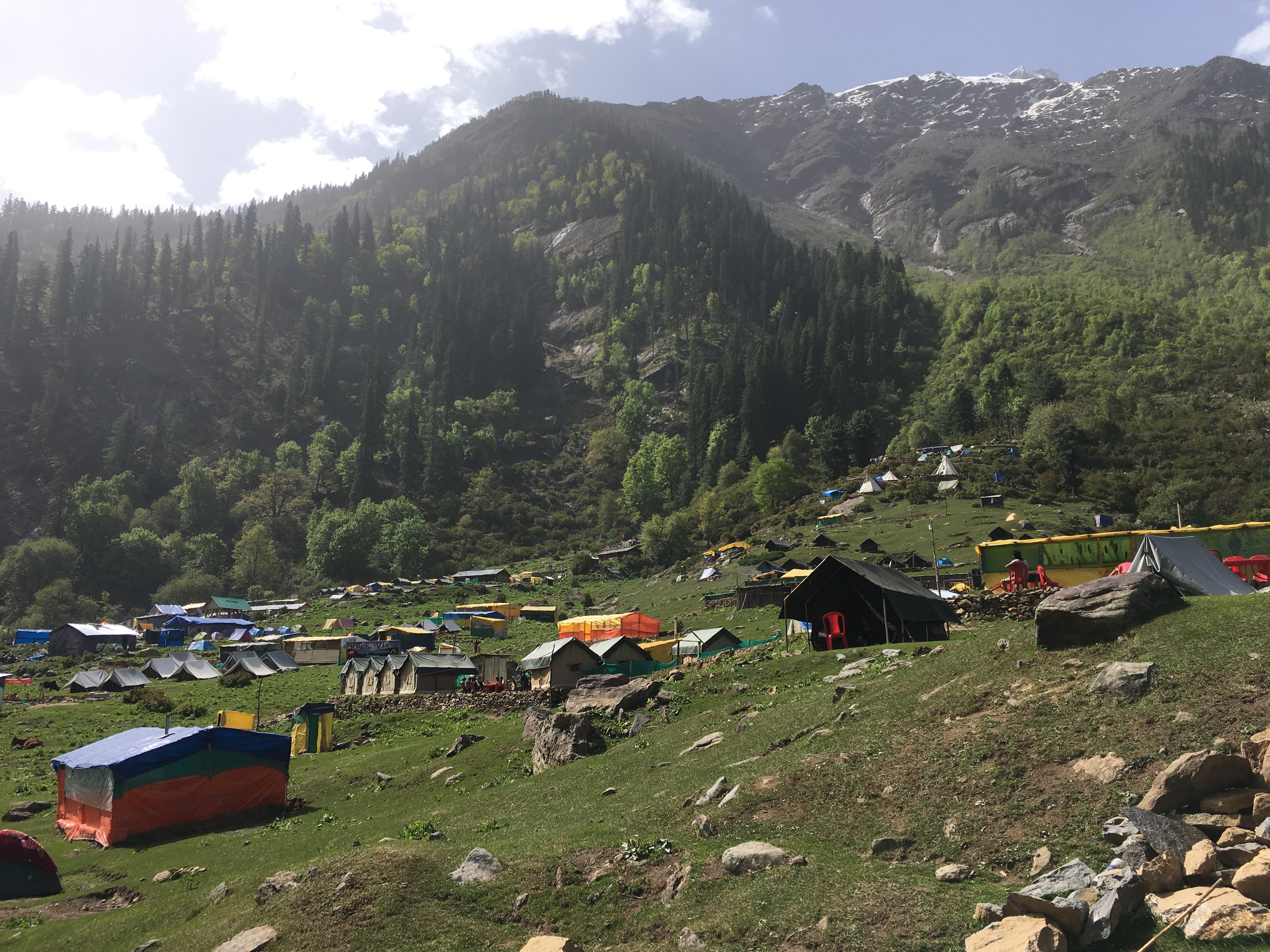 I wanted to adventure a solo trek which could be comfortably done with moderate fitness level and is safe for single woman traveler. With all the hitches from family and absolutely no research on the internet, I zeroed on Kheerganga Trek.
My first solo trip, new place, and trekking were giving me high palpitations but my inner strength and enthusiasm did not deter my plans.

Kheerganga Peak is in the midst of Parvati Valley of Kasol town in Kullu District in Himachal Pradesh is perched at an altitude of approximately 2950m.
. Although it is not popular amongst professional trekkers for its relaxed and chill out atmosphere it is must to do for an amateur or an aspiring trekker.
Parvati Valley is believed to be associated with Goddess Parvati with ferocious Parvati River flowing from the valley and then meeting with River Beas. The valley is surrounded by snow-capped mountains even in summers with high rising pine trees making the valley look like a painting from a painter’s wildest imaginations. Kheerganga Peak has lots of mythological myths and beliefs and some scientific facts. It is believed that Lord Kartikeya, son of Shiva and Parvati meditated in the caves here for many years and finally goddess Parvati came here to take Kartikey back and in happy mood Goddess Parvati flowed a river of Kheer( Indian Dessert made of milk and rice). It is said that Lord Shiva himself meditated here for thousands of years. Later lord Parshuram, on realizing the oncoming of kalyug and that there could be a fight amongst people stopped the kheer and what remained is the hot water. Yes! There is a hot spring also.

It is believed that a bath in this hot spring relieves all your ailments. However, there is also a scientific story of Hot Spring. The mountain or the caves up there are dormant volcanic and thus the spring is a hot spring. Well whatever the story is, the fact is that person in it and treat it as a holy place with a Shiva temple by its side. Those who don’t, they take it as a hot sauna bath after a nice trek relieving their sore muscles. 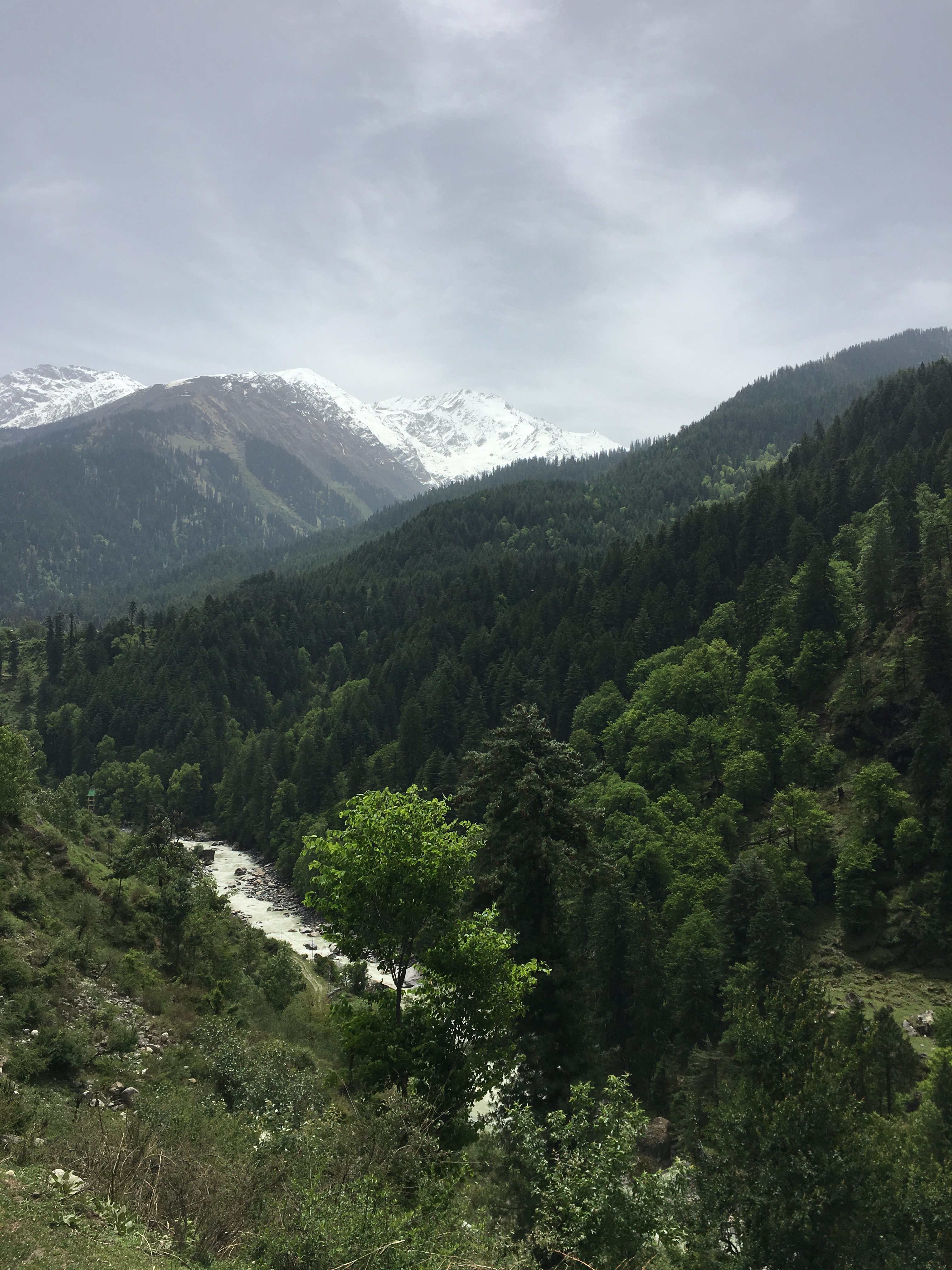 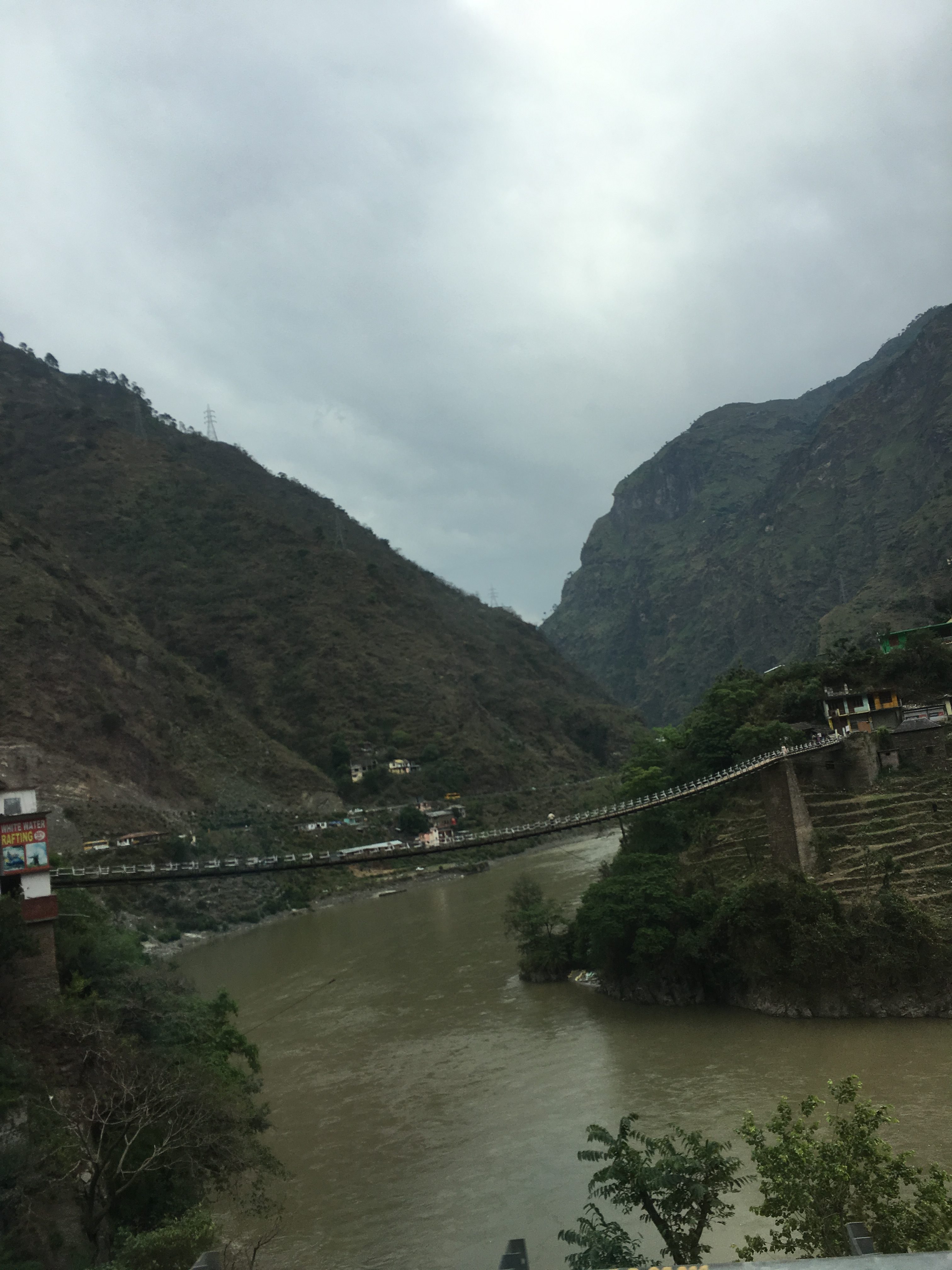 The actual trek starts from Barshaini which is about an hour drive from Kasol. The nearest big town is Bhuntar which is well connected from Delhi and Chandigarh by road. Luxury Volvo buses ply from Delhi and Chandigarh to Bhuntar and Kasol by HP Tourism and state road transport Corporation. From Kasol one can either take a taxi or local bus service which ply every hour from Kasol to Barshaini.

I took a Volvo bus from Delhi to Kasol to avoid changing from Bhuntar in the night which reached Kasol by 10 am. Ideally one should plan to stay in Kasol for a night and start trek the next day but in case of scarcity of time, you can trek on the day you reach Kasol. I chose to camp near Parvati River in Kasol managed by International Youth Club. The town Kasol is well equipped and one can choose to stay in a number of hotels, homestays, camps, and hostels. I stayed at a site by the side of River Parvati surrounded by mountains. That one night stay amidst nature away from the hassles of city life was a treat to the soul. The sound of the flowing river, chirping birds, rain and the chill breeze was making the surrounding even more beautiful. The camps were equipped with mattresses, blankets, and all other things to make you comfortable.

I started my trek by 8 am the next day with the guide arranged by the club as I had booked online in advance to avoid last minute rush. The trek is about 13 km and 9000 plus feet high and it takes about 4-5 hours to climb depending upon your fitness level. I was told by my guide that there are people including him have climbed it in 2 hours also. Yes, that’s true!

From Kasol you have to take the local bus which takes about an hour or so to reach the base of Kheerganga, the town Barshaini. Barshaini town has some Dhabas to fuel you with carbs before trekking, shops with basic amenities a bus and a taxi stand. In case you forget to carry trekking pole, which is a must, there are vendors selling wooden sticks. At this point, where also lies the Hydro Power plant, you can witness thundering River Parvati down the gorges and magnificent mountains to soothe your eyes.

The trek is an experience of the Rocky Mountains, waterfalls, muddy slopes, dense forest, and breathtaking gorges. There are two routes to reach Kheerganga. Not that any one of them is easier but more or less it takes about the same time and is of same difficulty level which is quite easy. There are few small stalls selling Maggie, aerated drinks, water, and packed savories on the way. Midway there is a huge waterfall and a dhaba to refuel you with a couple of more food options. People refill their hydration from the waterfall. The mesmerizing view of waterfall amongst tall pine trees and towering mountain peaks doesn’t allow you to move forward.
The trek becomes difficult and is tiring after the fall especially for the first-timers. But not to forget that it’s not a race to reach early or compete with your co- trekkers. Take your own time and enjoy the beauty of nature en route. Keep refilling your hydration. This can be done from the waterfalls coming your way. The water is pure, clean and very much drinkable.

Crossing all the zigzag narrow paths, water streams and rocky patches you will finally see some colorful tents and eating joints. As per the government rules stay or camping up there in Kheerganga is banned now. So it is advisable to start early and descend on the same day before sunset. However, one can take their own camps and stay provided you do litter at all.

Up there is a hot spring and a Shiva Temple. I have already mentioned it. Take a bath in hot spring, eat there and relax for some time before you start descending. The view from up there is gorgeous. You can enjoy snow-capped mountains at 360 degrees view. I stayed in a camp and the weather was awesome. It was biting cold even in May. The camps had blankets just enough to protect you. However, I protected myself with layers of clothing. The next morning was so serene and peaceful. I saw a few going again to the hot spring for a dip before they could start descending. There are two routes for descending but more or less it takes similar time and is of a similar level of ups and downs, rocky, slopes, waterfalls, slides, and trail. 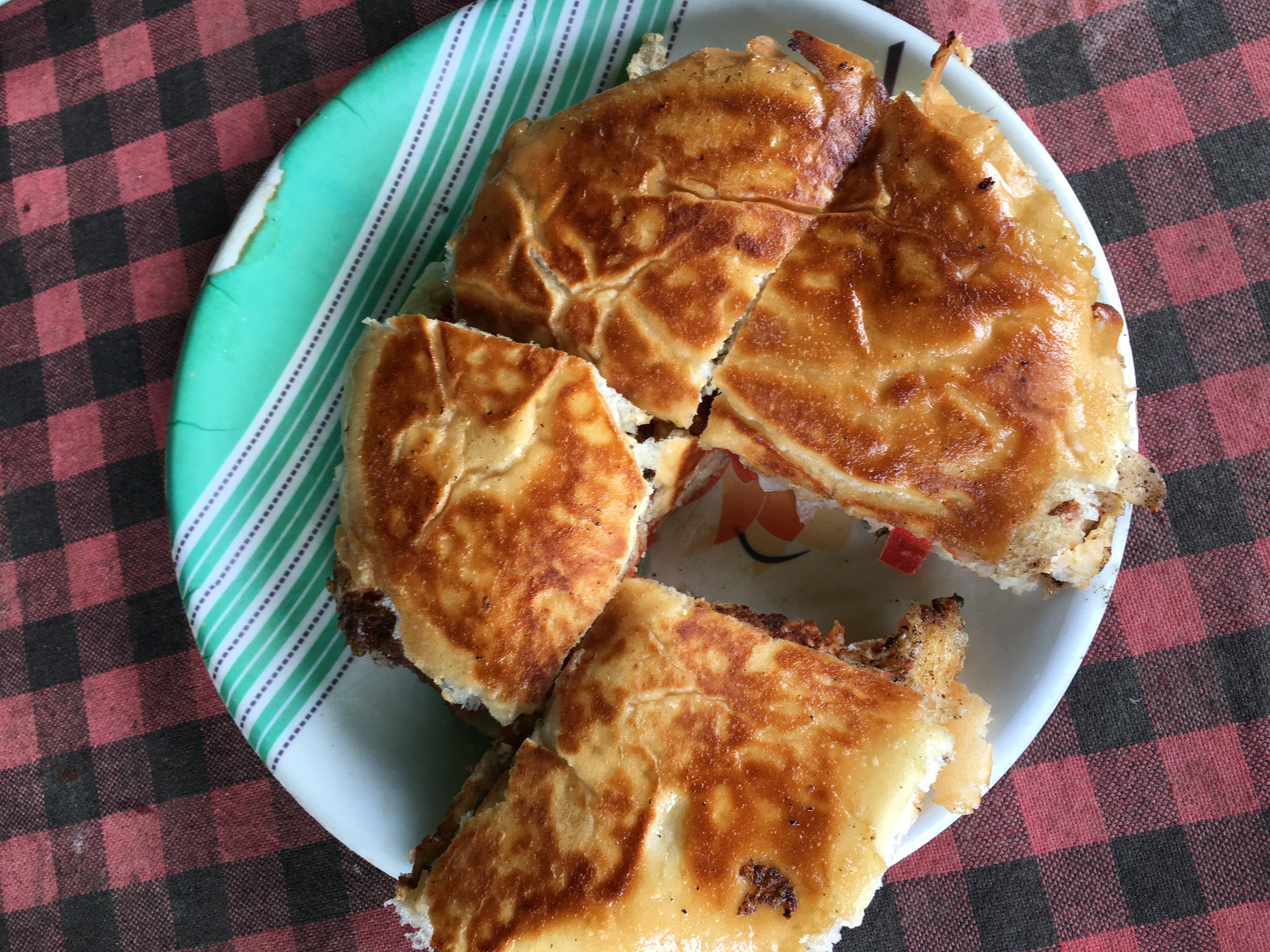 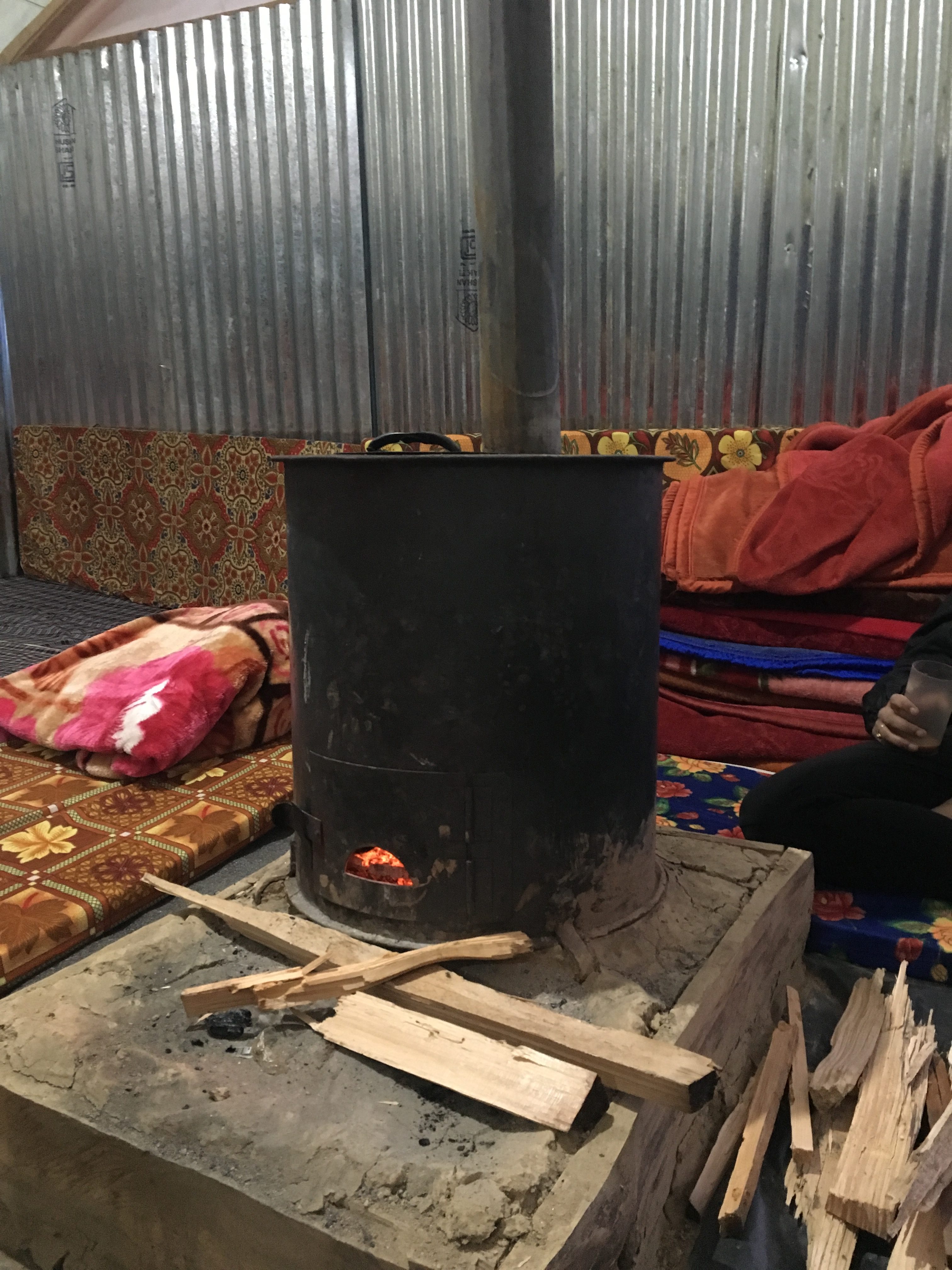 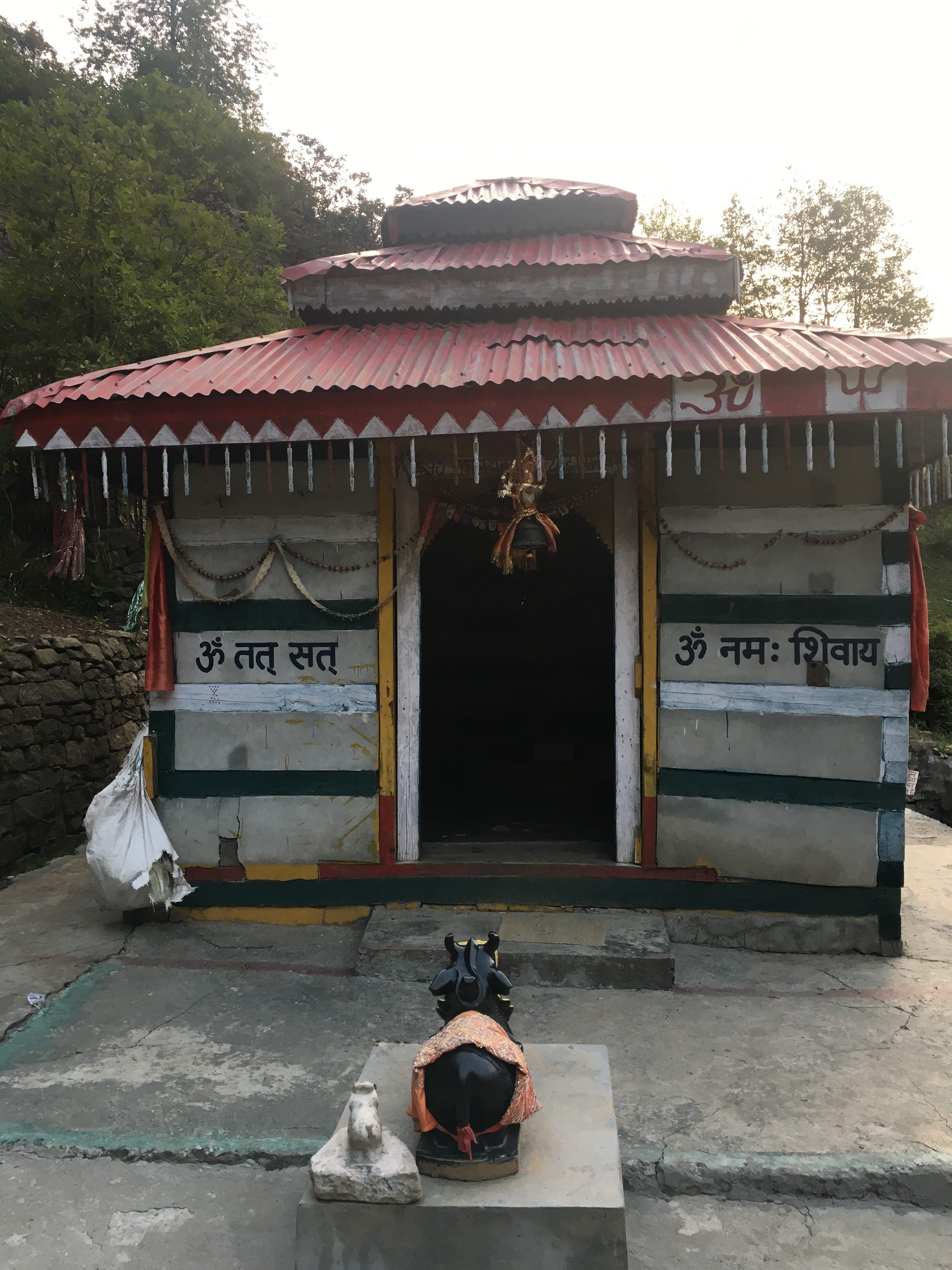 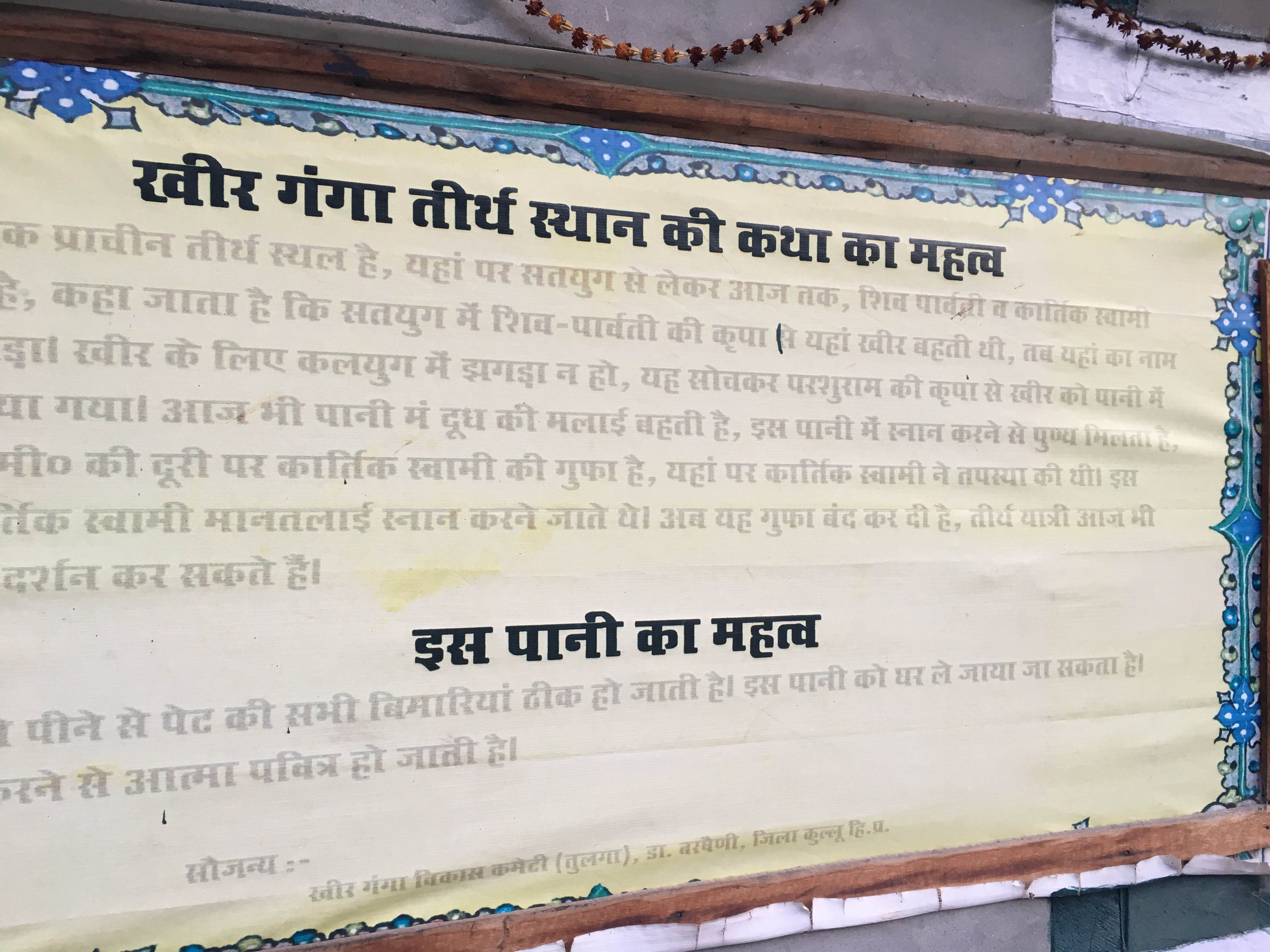 Stay in Kasol is easily available with Youth hostels, Camping sites, and small to medium budget hotels. The rooms and camps are available starting from Rs. 300 up to Rs 1500 and above. These can be booked in advance or on the spot but subject to availability.

Food is not at all a problem in Kasol. Being tourist destination you get all sorts of cuisine ranging from Indian to French. However, one must carry enough food, snacks and energy bars for the trek. There are a couple of small stalls on the way but you get only water soft drinks and Maggie. You can also fill your bottles from the waterfalls en route as the water is pure, clean and drinkable. There is a small restaurant which serves freshly made food.

To Reach: By bus from Delhi or Chandigarh to Kasol or Bhuntar. You can choose to stay in camps or hotels in Kasol. It is one and a half hours by road from Kasol to Barshaini from where the trek starts. Regular state roadways buses ply every one hour.

Best time to trek: Although one can trek throughout the year it is safe to avoid monsoon. 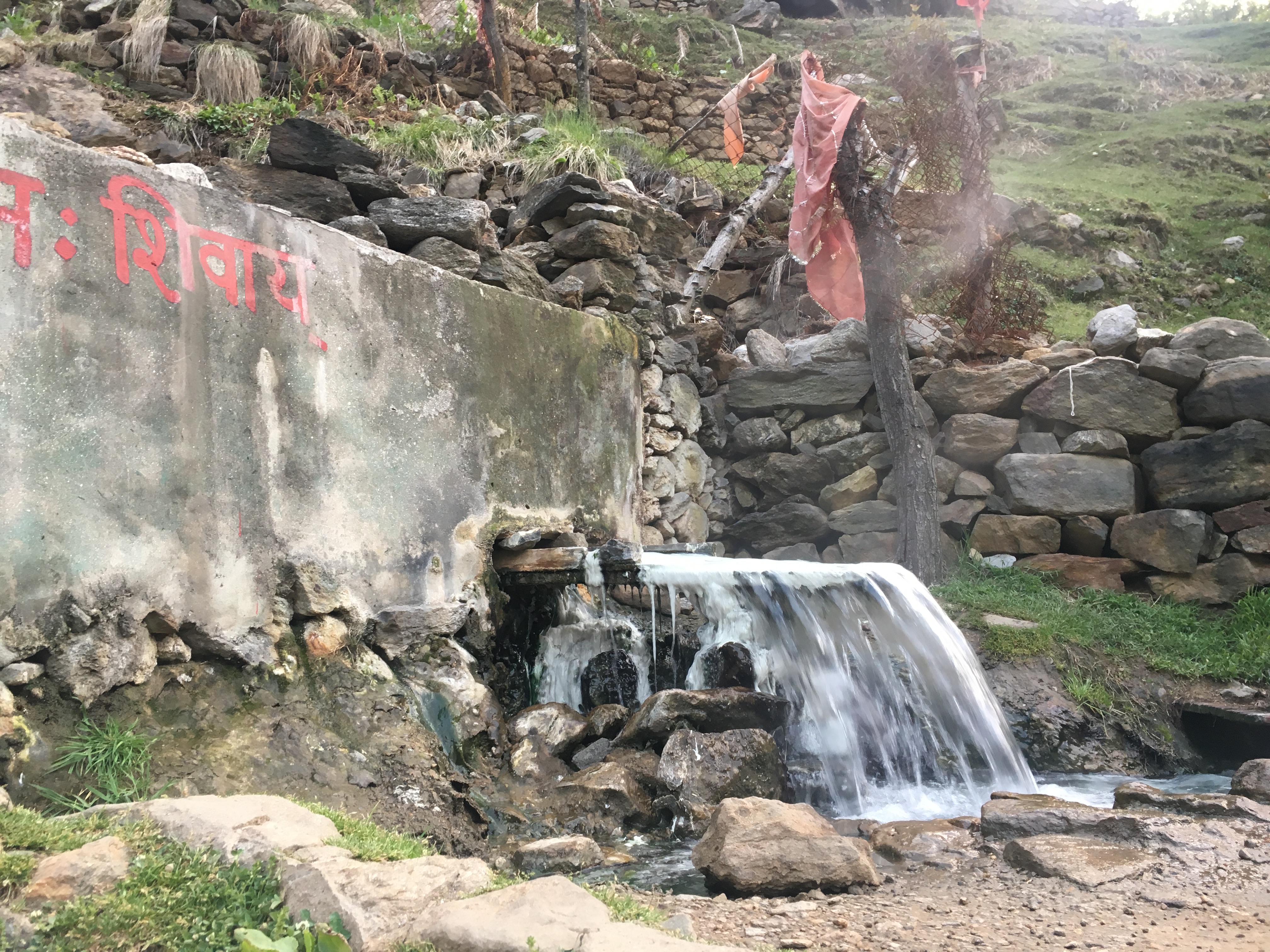