HALIFAX – ABOUT HISTORY AND LANDSCAPES 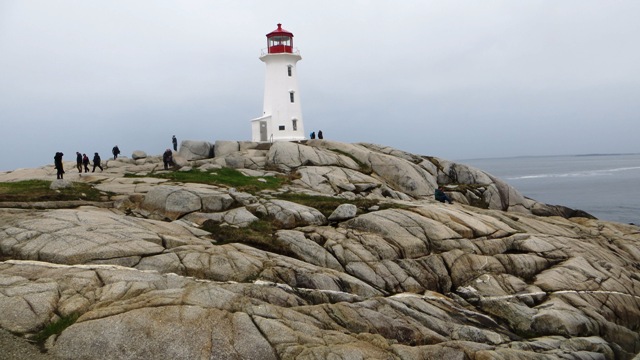 Originated from the Latin meaning ‘New Scotland,’ Nova Scotia is one of the only three Canadian Maritime Provinces located on the North Atlantic Coast of North America. Nova Scotia is almost surrounded by water and is famous for high tides, lobsters, cod, fish, blueberries, and apples. Do you need more reasons to visit Halifax!

A military city with Navy shipyards, fishing, coal mining, agriculture, natural Gas and then Tourism, Halifax, is the first permanent European settlement in the region. Halifax, Capital of Nova Scotia is the major cultural and historical hub apart from its modern-day tourism attractions and its music and nightlife. Halifax is home to a number of art galleries, theatres and museums. During World War II, Halifax was a major North American port for trans-Atlantic convoys carrying arms and supplies to Western Europe. Tourism per se Halifax’s demonstrates Nova Scotia’s culture, coastline and its beautiful scenery. 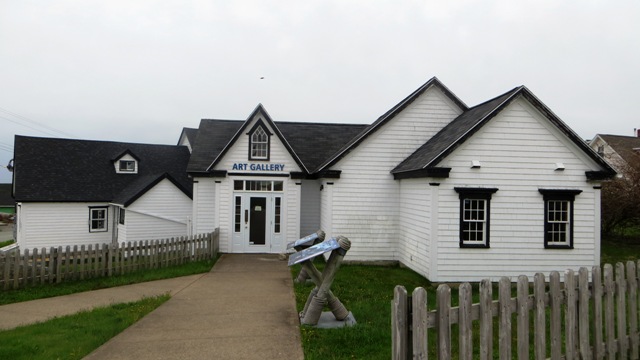 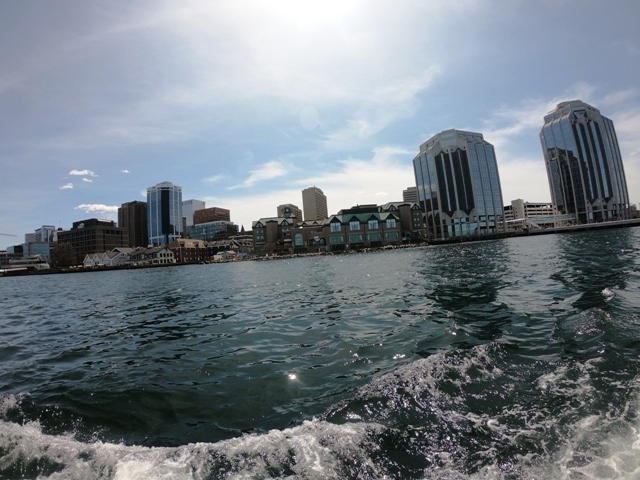 Reasons why you must visit Halifax

Whether you are a historian or have some interest in history, a nature lover, a foodie or just want to chill around, Halifax has everything which interests every tourist.

Starting from World War II to the most iconic Titanic or just the history of Maritime, Halifax attracts even those who are not so interested in history.

More reasons to visit Niagara than just the falls 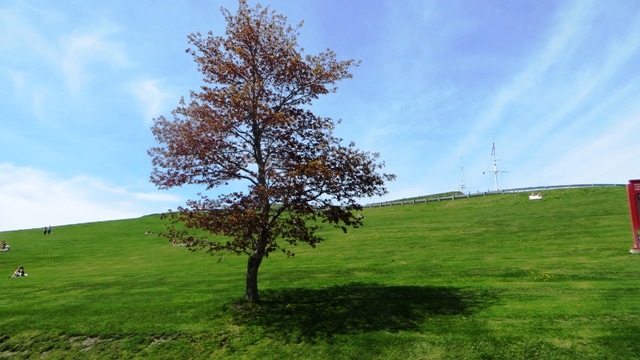 The most notable of all the historic sites in Halifax is the Citadel Hill in the heart of downtown. A star-shaped fort imposed by British Military which held attackers at bay for centuries. Today the Citadel and its distinctive Clock Tower act as a reminder of Halifax’s rich past. The hill is open for visitors to visit the Army Museum or just spend time walking, jogging or read a book under an open sky with the gorgeous views of the harbour. 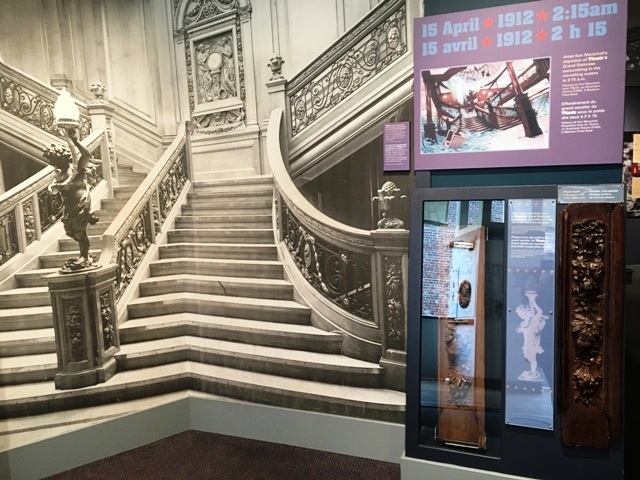 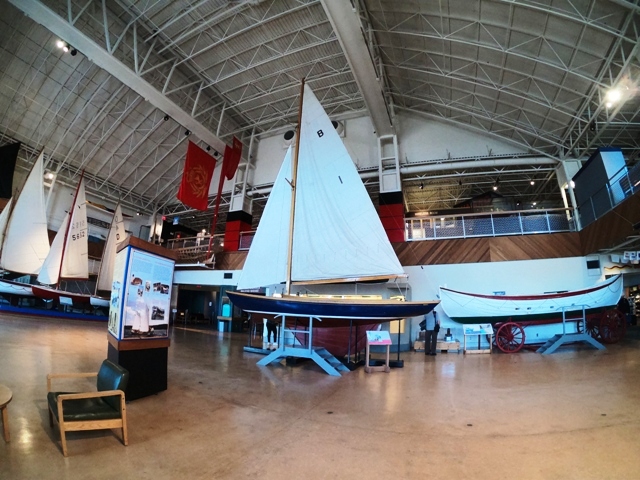 Located in the heart of Halifax, a Museum not to be missed is Maritime Museum of Atlantic. Immerse yourself into the  Nova Scotia’s maritime history and heritage of small craft boats to World War Convoys, the Days of Sail to the Age of Steam; Titanic to the Halifax Explosion. Hear the captivating sea stories from small boats to the Titanic at the Museum. 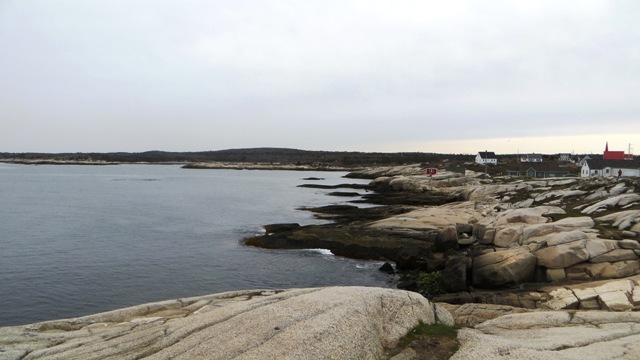 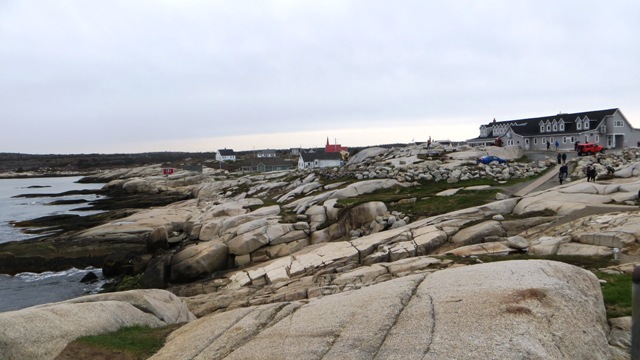 With a number of factual and some interesting stories, Peggy’s Lighthouse at the Cove is one of the major tourist attractions in Canada. Just outside the urban area the iconic lighthouse is internationally recognized and is one of the best out of 160 historic lighthouses in Nova Scotia. Built in 1915, Peggy’s Point Lighthouse still keeps watch over surging ocean waves and working lobster boats. The quaint shores, ocean air, rustic atmosphere and the coastline, everything looks straight out of a dream painting or a movie. 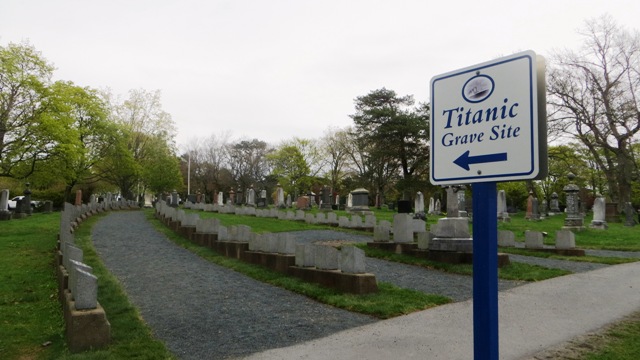 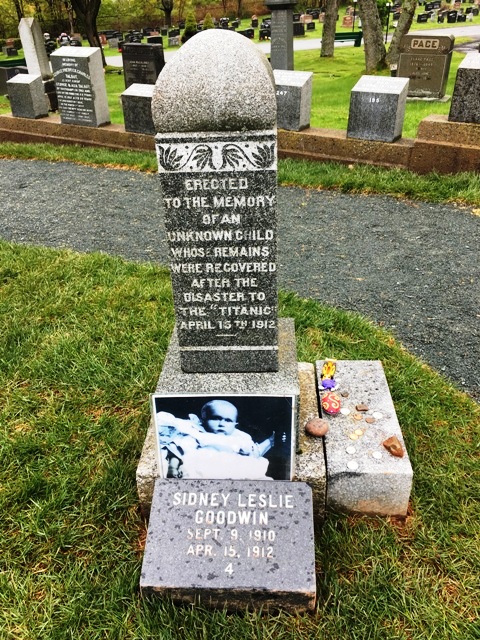 On her maiden voyage from Southampton, England, Titanic struck an iceberg in the North Atlantic the night of April 14, 1912. In less than three hours, the ship descended to its final resting place in the Atlantic Ocean. Halifax, Nova Scotia is where the story ended and it played a very important role in the Titanic story. Hours after Titanic sank, White Star Line commissioned cable ships based in Halifax to recover the bodies of victims. Of the 209 Titanic victims brought to Halifax, 150 were laid to rest in three cemeteries in Halifax. A heart touching moment when visited the place to see J Dawson, John Law Hume, who played the violin till the end and a 2 years old baby where people still pay homage by offering toys. 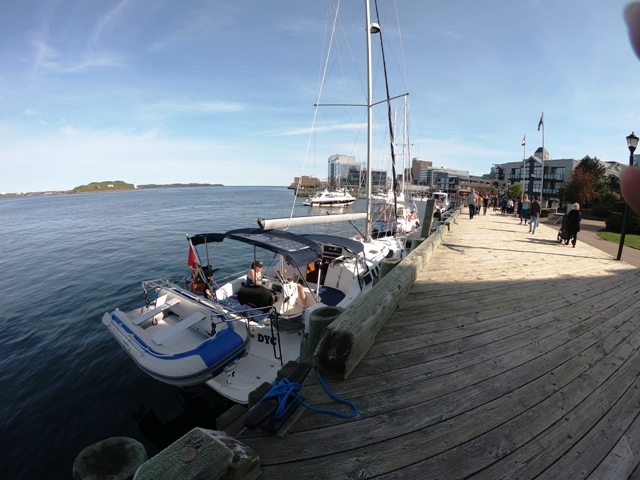 Just a  relaxing stroll up Citadel Hill to hiking or berry picking, Halifax and its sea breezes make for perfect outdoor activities of almost all kinds. Beautiful green landscapes like any countryside are within city limits. Cycling is the favourite and next to the walking mode of transport and commute.

Trust me, spend at least a day at the waterfront and you will never regret. Take in one of Canada’s best walks along the Halifax Waterfront Boardwalk. The scenic waterfront with boats anchored is a view to remember and share with others. Some of the best galleries, restaurants and bars are found overlooking the water with views that eternally attracts. An almost 3 km walk is popular amongst tourists as well as locals. You can look for Halifax Transit ferry terminal, hundreds of stores, Historic Properties, several office buildings, the Casino Nova Scotia and several public squares where buskers perform.

Also read St. John’s -the most easterly city in Canada with Irish culture 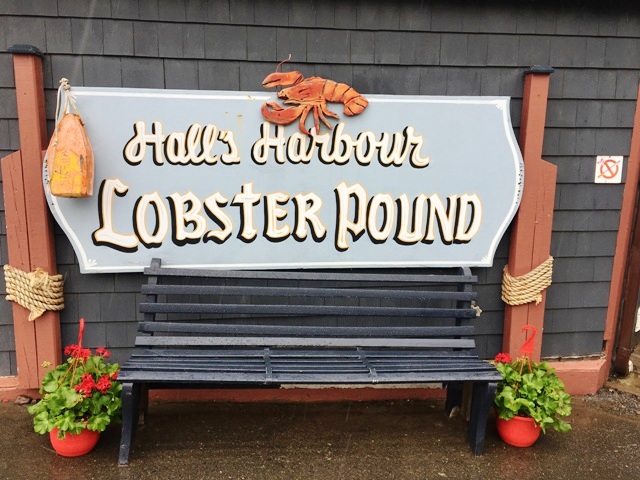 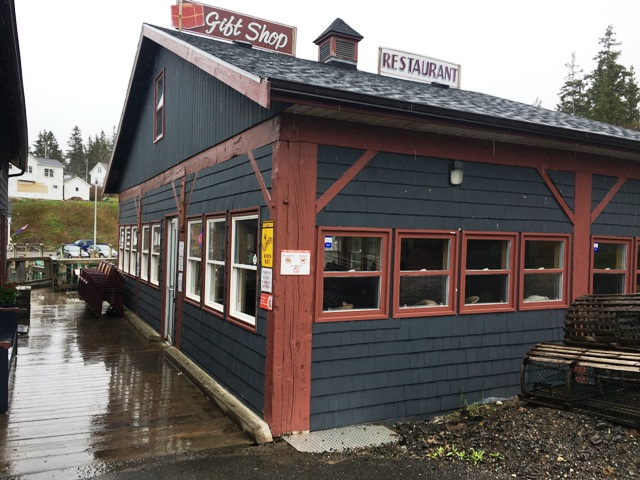 If you have a lack of time then hop on to Halifax Hopper, Canada’s most popular tour which takes you to the best of Halifax both by land and sea. With live commentary by the most lively and energetic team, this boat cum bus takes through an exclusive view of historic and vibrant city’s famous spots like Public Gardens, Citadel Hill National Historic site, St Paul Church etc on land. The adventure begins when the same bus turns into a boat and plunges into waters of Halifax harbour narrating stories of war, explosion, the naval fleet and so on. Its an experience by itself. Even if you have time do take this tour and book your tickets in advance. 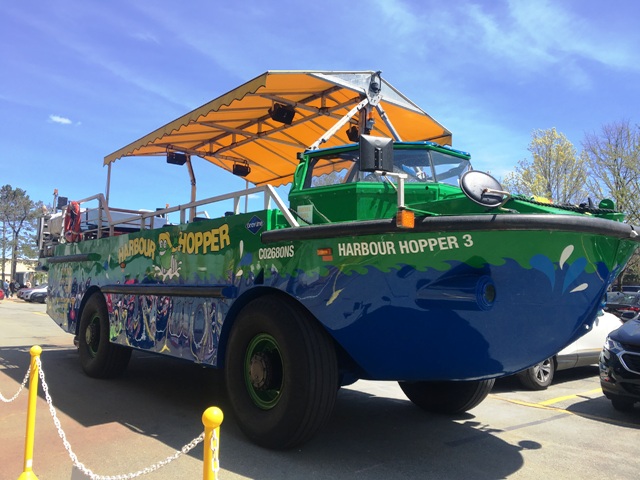 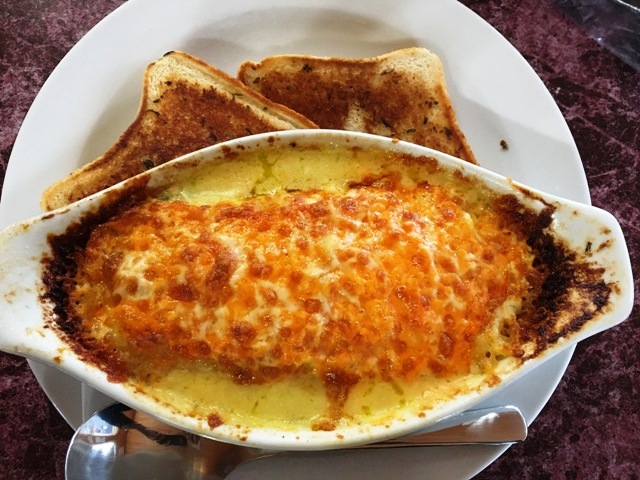 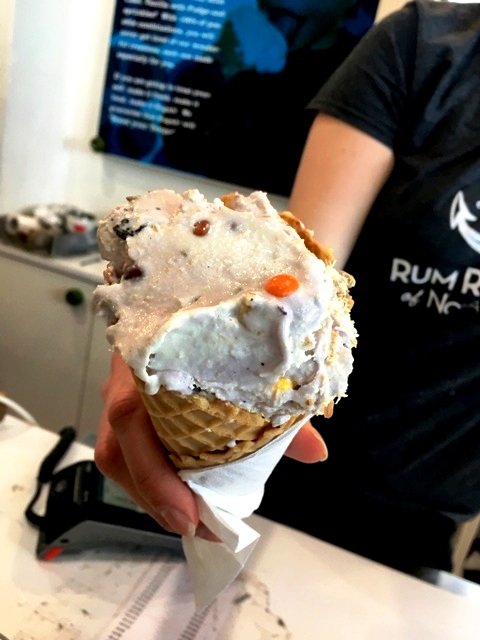 However short is your visit, I am sure people do take out time to explore local nightlife and food. Like any other place, food and nightlife are very distinct here. Halifax is home to a thriving brew culture where your tour includes guides in historic costumes to the many pubs that line the city’s downtown streets. Music is mostly influenced by the unique East Coast style by its Scottish roots. From fine dining to seafood restaurants to varieties of icecreams, which I gorged on, you get everything. 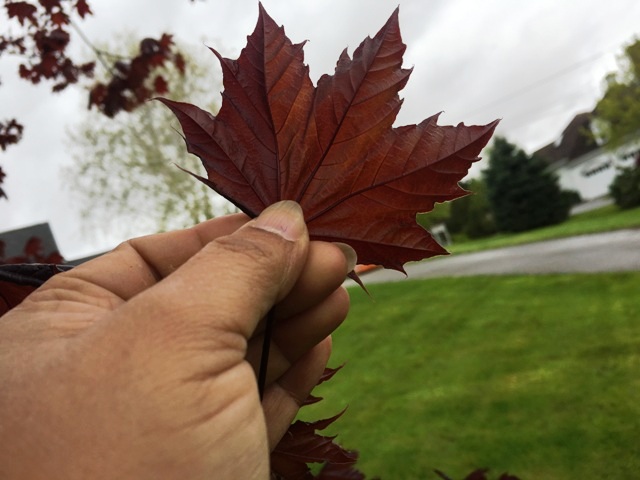 The Halifax railway station is the last stop on the eastern leg of the VIA rail route that begins in Montreal. From Montreal, connections are available to Toronto and points westward.