Dholavira- Top things to see and do 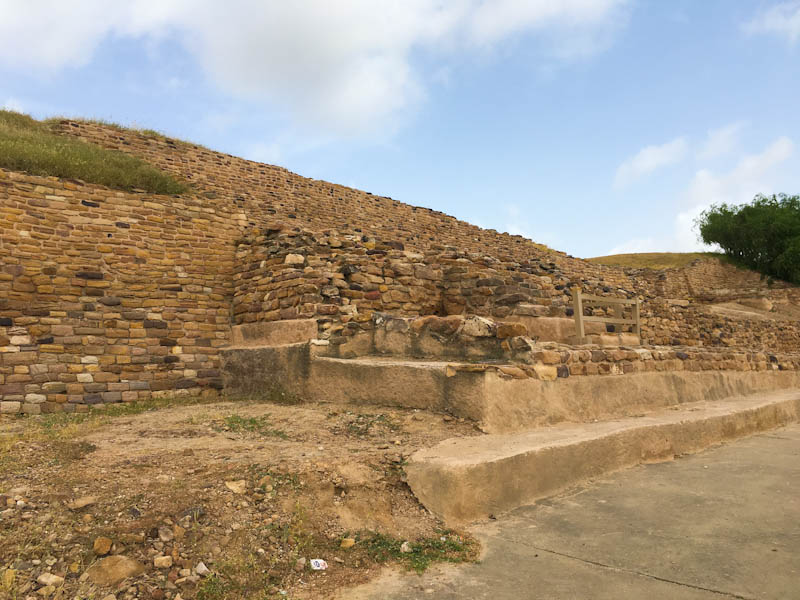 Dholavira, Gujarat – Things to do and see

A road trip is something I always look forward to and one of such on my bucket list was Kutch- Bhuj region. After studying Harappan history in school, I don’t think so I remembered anything. But recently when Dholavira was listed in the list of UNESCO Heritage sites of 2021, it ignited my desire to visit the place. I am so glad to have visited the site even though the weather was not so favourable. This is purely from the traveller’s point of view. 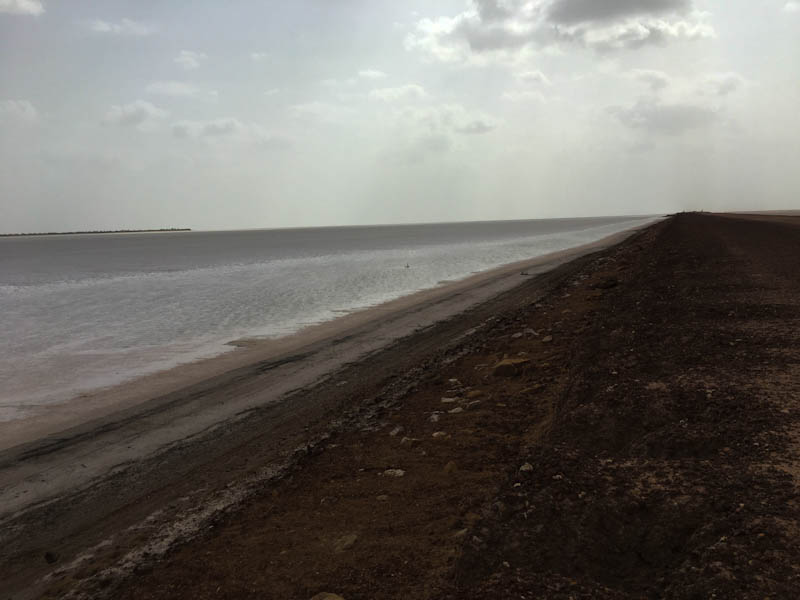 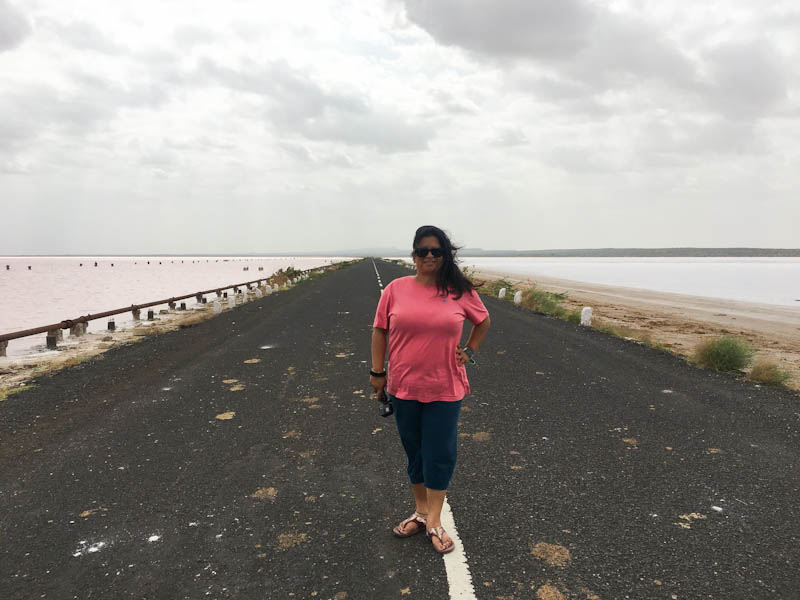 Bhuj roads offer you the most scenic and unusual views. This was my first trip to this region. Often people get confused by Little Rann of Kutch and the Great Rann of Kutch. These are two different places and offers unique products for all kinds of travellers… I too was a little confused as to how much one can see in 2 days. Dholavira village popularly known for its archaeological site has much more to see and do if one loves the diversity in their travel plans. 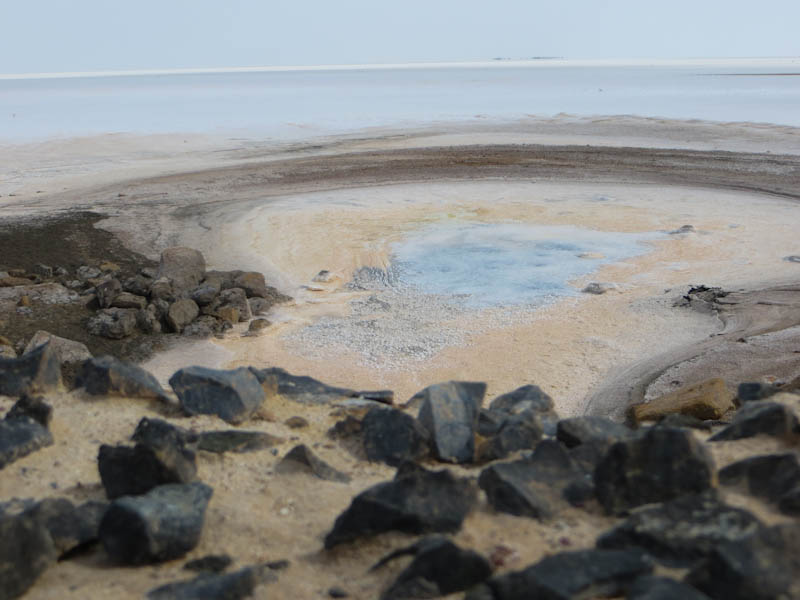 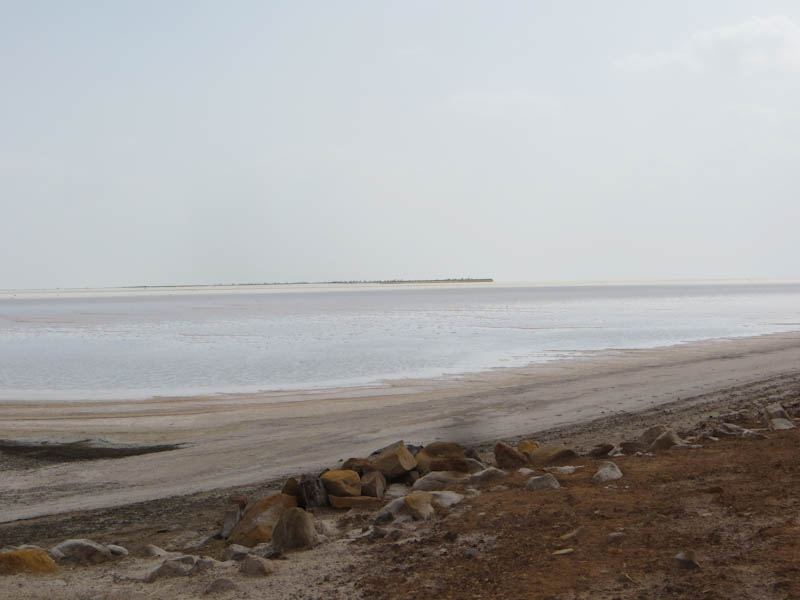 The Bhuj- Kutch road from Ahmedabad is breathtakingly beautiful. As we left Ahmedabad and touched the highway it was all desert on either side of the road. Gradually we touched the point where it was a salt sea on one side and the water on the other. The journey crossing through the desert had a wonderful sight of Kutch villages with men and women clad in vibrant colours of Gujarat, a herd of calves silently walking on the roads, heaps of raw salt lying on either side waiting to be processed in various plants. 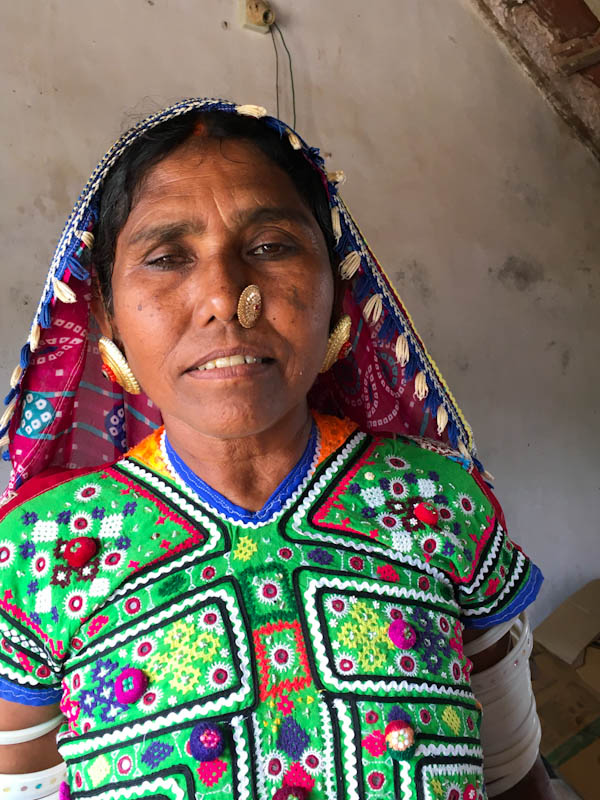 Dholavira – Things to see and do

A lesser-known viewpoint, Chipper is the place where one can feel the rustic fragrance of Gujarat. A kilometre away from the main Bhuj- Kutch highway is this point, a point for a photo-op facing the salt sea. The sea of pale pink salt with no boundaries is something beyond words. A layer of salt is accumulated on the top of the sea which is collected by different processes for further processing to make it edible.

Way to Chipper point is only by a tractor ride. The tractor ride from the main road to the point is no less adventurous. Crossing through the desert and small boulders, this bumpy tractor ride is not just so much fun but also shows how this pastoral mode of commute is so effective where modern vehicles can’t reach.

For all those who are interested in history, architecture and archaeology, Dholavira is the perfect destination. Recently, UNESCO has announced the Harappan city of  Dholavira in Gujarat as India’s 40th world heritage site. It is the first site of Indus Valley Civilisation in India to be included on the coveted list. At a distance of 222 km from Bhuj and 300 km from Great Rann of Kutch, Dholavira is at Khadir Bet in the Kutch district of Gujarat. If you are planning for the Great Rann of Kutch, it is worthwhile to include Dholavira in your itinerary even if you are not so keen on history. The site is just 30 km from the international borders, hence a part of it is in Pakistan.

Dholavira represents the ruins of an ancient city of the Harappan civilization that was inhabited from 3000 BCE through 1800 BCE. It is the larger of the two most remarkable excavations of the Indus Valley Civilization or Harappan culture in India. Spread across 250 acres, Dholavira is part of the protected Kutch Desert Wildlife Sanctuary.

The site educates you with a unique insight into the pioneering Harappan mind, with one of the world’s earliest and best-planned water conservation systems and what might be the world’s first signboards, written in ancient Indus script.

It was discovered in 1968 by archaeologist Jagat Pati Joshi and comprises of two parts namely a walled city and a cemetery to the west of the city. Artefacts that were found during excavation include terracotta pottery, beads, gold and copper ornaments, seals, fish hooks, animal figurines, tools, urns, and some imported vessels. Some of these are preserved in the Museum, which is a part of the site. 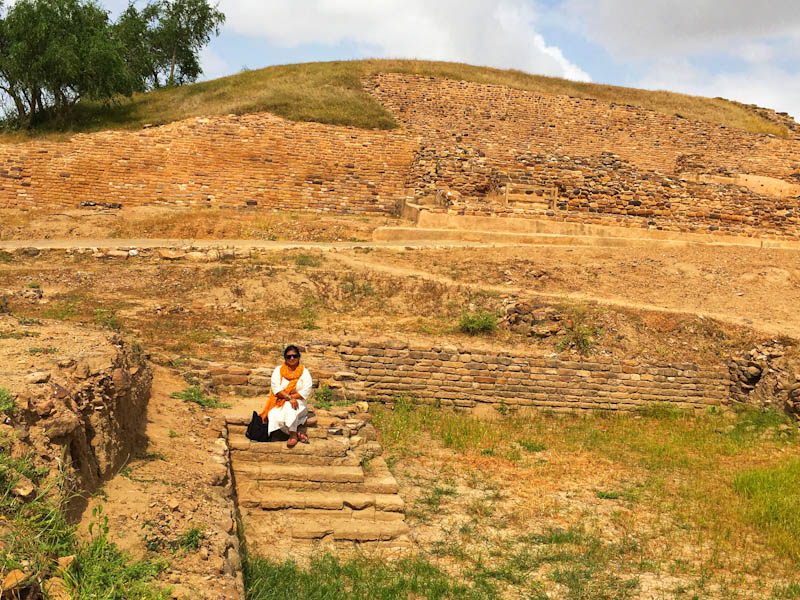 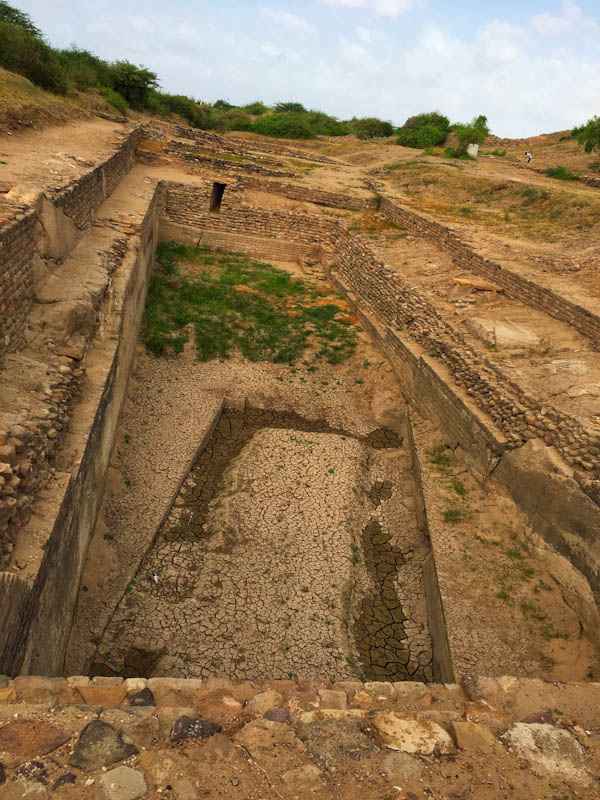 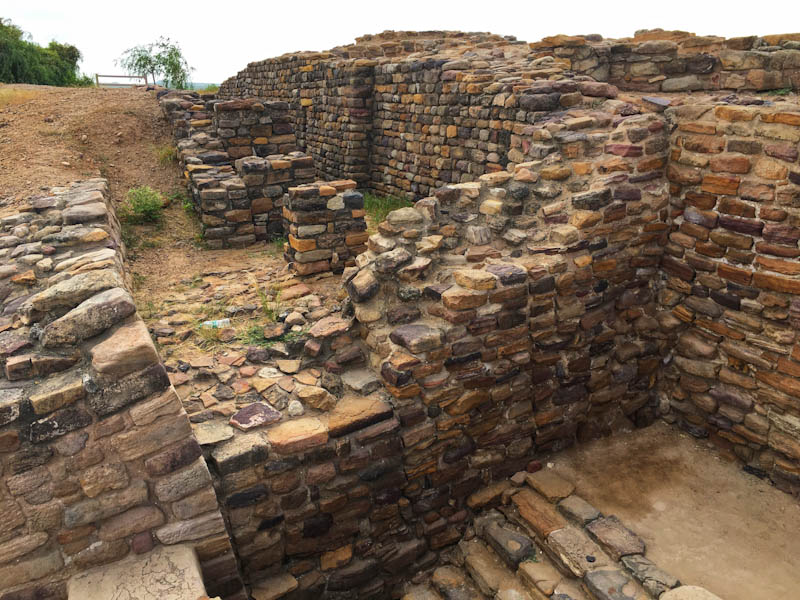 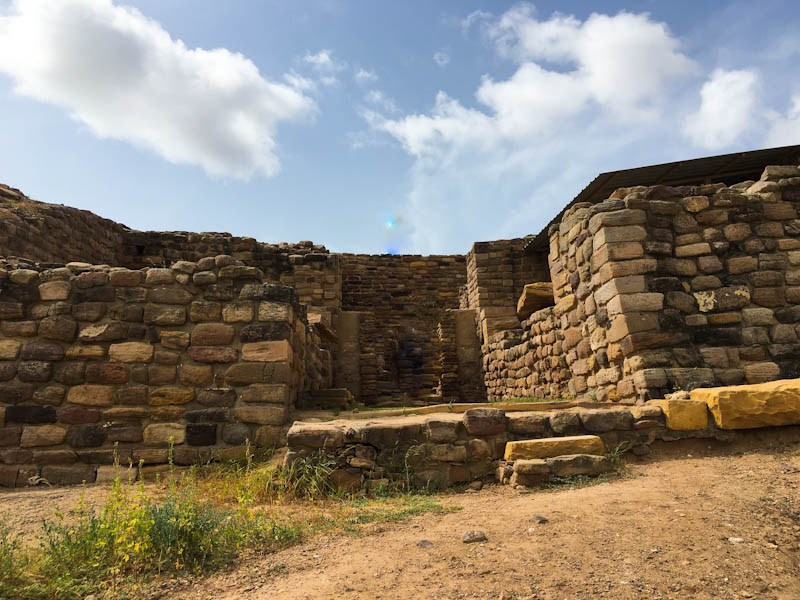 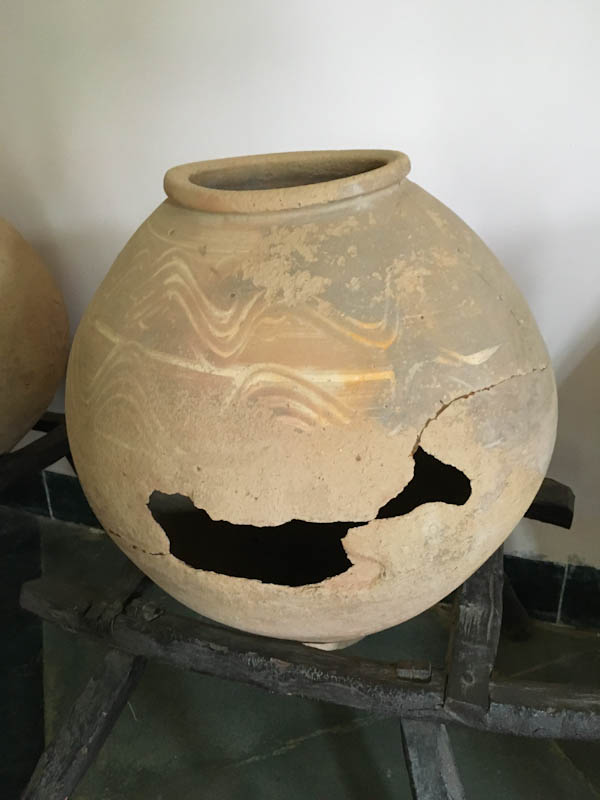 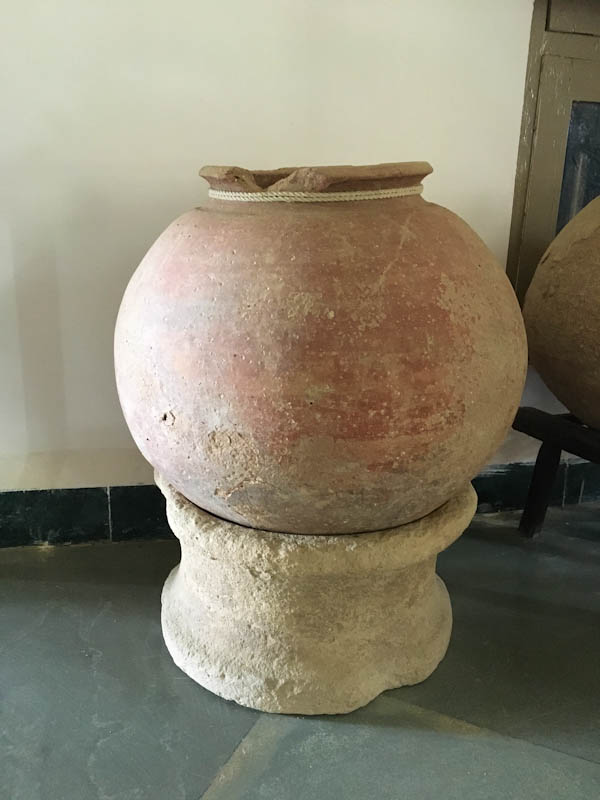 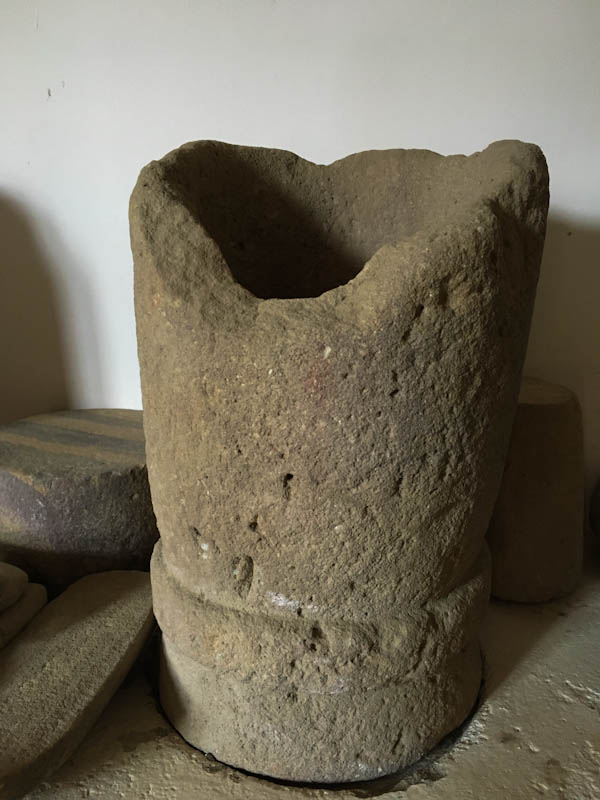 A visit to Dholavira will be incomplete if you do not visit the village. A village is famous for its handcrafted leather footwear, handbags and hand-embroidered artefacts, home décor and other traditional Kutchi work craftsmanship. Only left with 50 families, women in the village who are actively engaged in keeping the tradition and culture alive is also their main source of income. The menfolk are gradually diverting in actively selling these products through digital platforms along with agriculture which is still their main occupation. The raw material is sourced either from Bhuj or Ahmedabad and the final products are sold in Rann Utsav and Ahmedabad. Witness world-famous intricate craftsmanship and how these craftswomen are passionate about it. 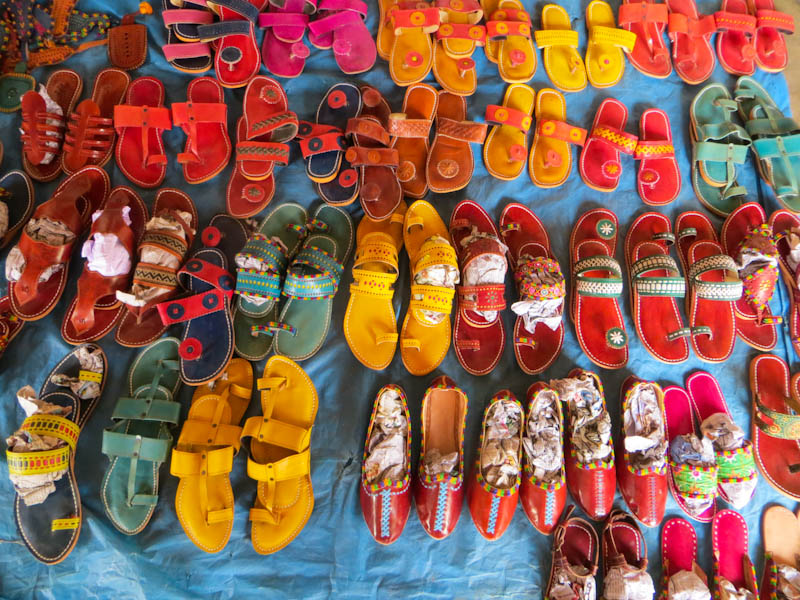 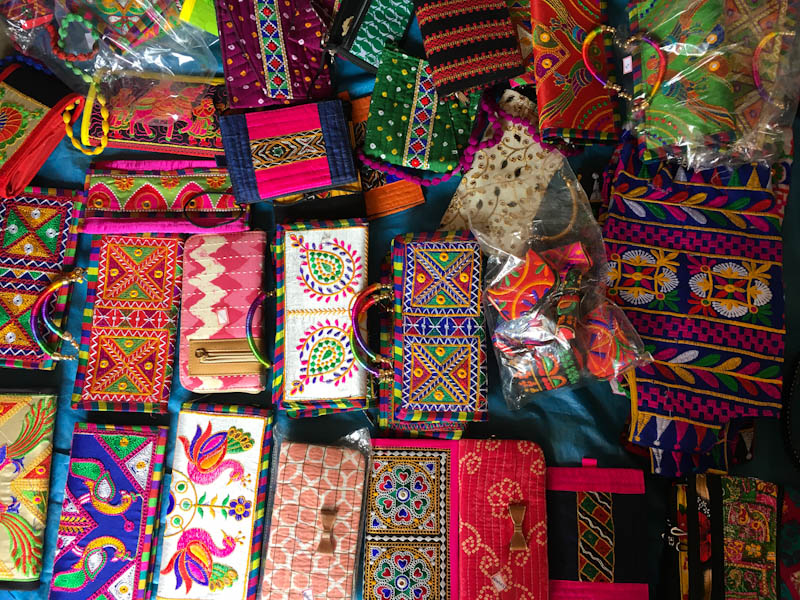 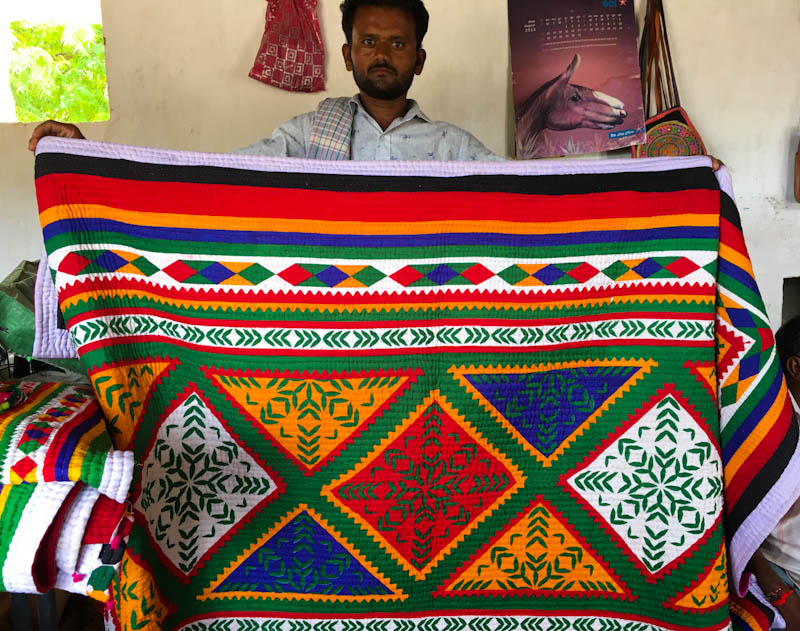 Unlike any other Jungle safari, this desert safari was something new to me. We experienced the salt sea on one side of the Bhuj highway and water on the other. This desert is unique. A thick layer of salt spread across the desert to the point of the horizon where it meets the sky. Crossing the villages in an open Jeep this sunset point and dessert is about 15 km away from the place where we stayed i.e Dholavira Tourism Resort. I am a sucker for sunrises and sunsets, this desert sunset was so exceptional. But to my bad, it was a cloudy day nevertheless the view is indescribable. The view of a monochrome dark grey sky covered with thick clouds and the blackish-grey sand-salt was like straight out of a black & white movie location where everything looked vibrant even without any bright colours. There is absolutely nothing except a small hill, migrating birds and salt desert. It looked like a crystal floor. Walking here is allowed up to some point only as there is no indication from where the sea starts with water underneath which could be deep. The cameras kept clicking endlessly with selfies, pictures, videos and time-lapses. 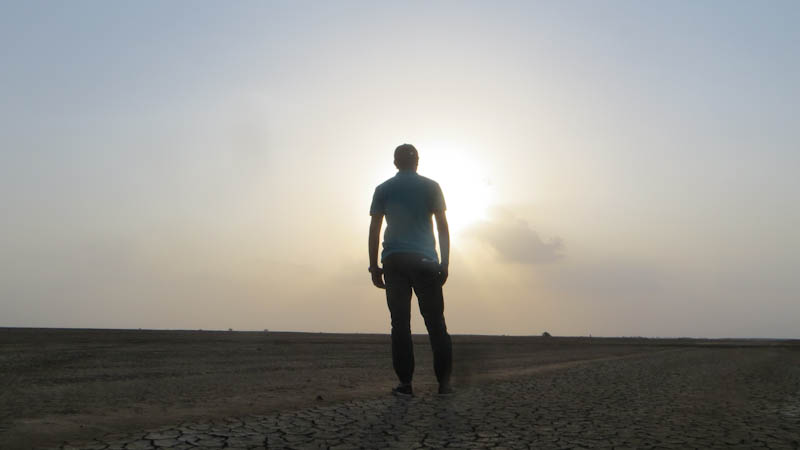 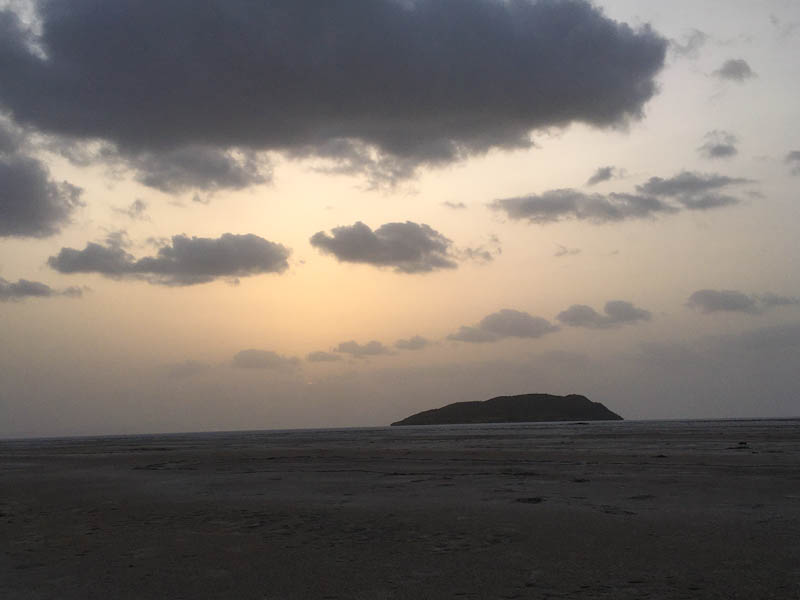 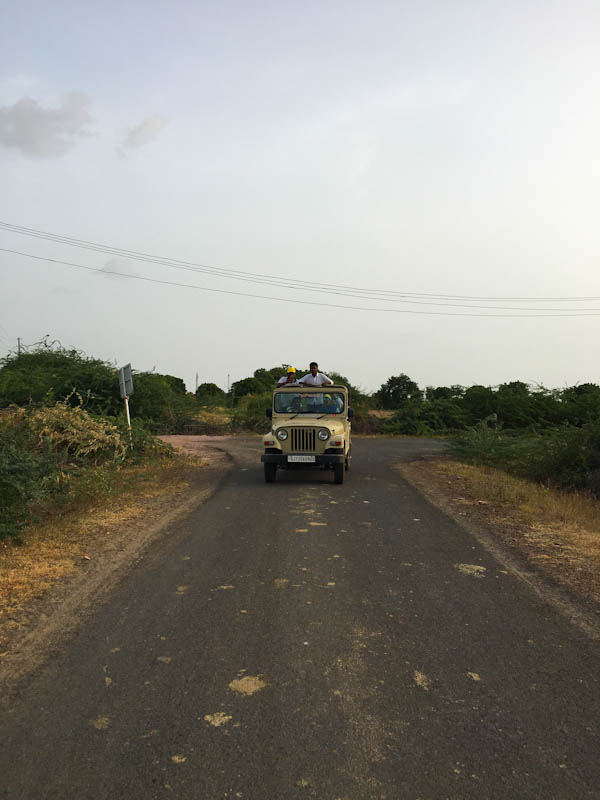 As the state of Gujarat is heading for its annual vibrant Rann Utsav and Great Rann of Kutch, including Dholavira in the itinerary, would be an ideal choice. 2 nights stay at Dholavira is something you can look for.

By Road – Dholavira can be reached best by road from Bhuj. It is about 220 km and takes nearly 4.30 hours. The roads and highways are very scenic and exceptionally beautiful. You may want to stop over at various places for photos and videos. There are not many eatery joints on the way. You can also travel from Ahmedabad which is about 360 km and takes about 8 hours because of traffic jams on the highway.

By Train – Bhuj is the closest railway station to Dholavira.

By Air – Bhuj and Ahmedabad are the closest airports connecting to the rest of the country. Ahmedabad is an international airport. 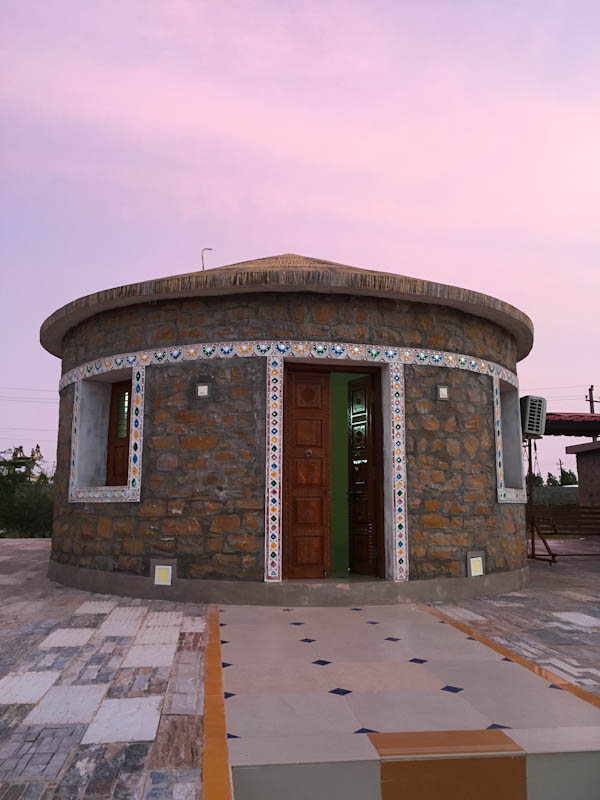 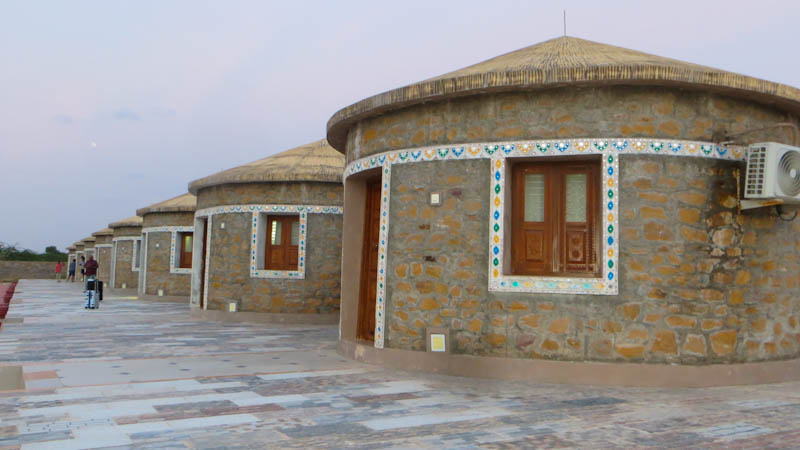 Although there are a couple of homestays available in Dholavira, we stayed at The  Tourism Resort. A perfect blend of heritage, culture and a rustic resort with all modern amenities. The resort is accredited by Gujarat Tourism and has self-contained Air-conditioned cottages. A perfect place for nature enthusiasts, families and all those who are looking for a quaint getaway away from the city hustle-bustle.

Avoid summers at any cost. The Best time to visit the Bhuj-Kutch region is winter. Hence September to March is the ideal time to visit Dholavira. You can plan to club it with Rann Utsav which starts in November and ends in February.