A day trek/Weekend Getaway from Bangalore

Bored of monotonous daily routine? Want to start hiking? Looking for a weekend getaway from Bangalore? Looking for a day hike closer to Bangalore? Ramadevara Betta is the answer to all these questions. Ramadevara Betta means hill of Lord Rama. There are more interesting reasons to visit or hike up to Ramadevara Betta. Even if you are not a Bollywood buff, would you not like to visit a place where the most iconic Hindi movie Sholay was shot. Yes! This is the place which was converted into Gabbar’s Den and the most memorable scenes and songs were shot here. 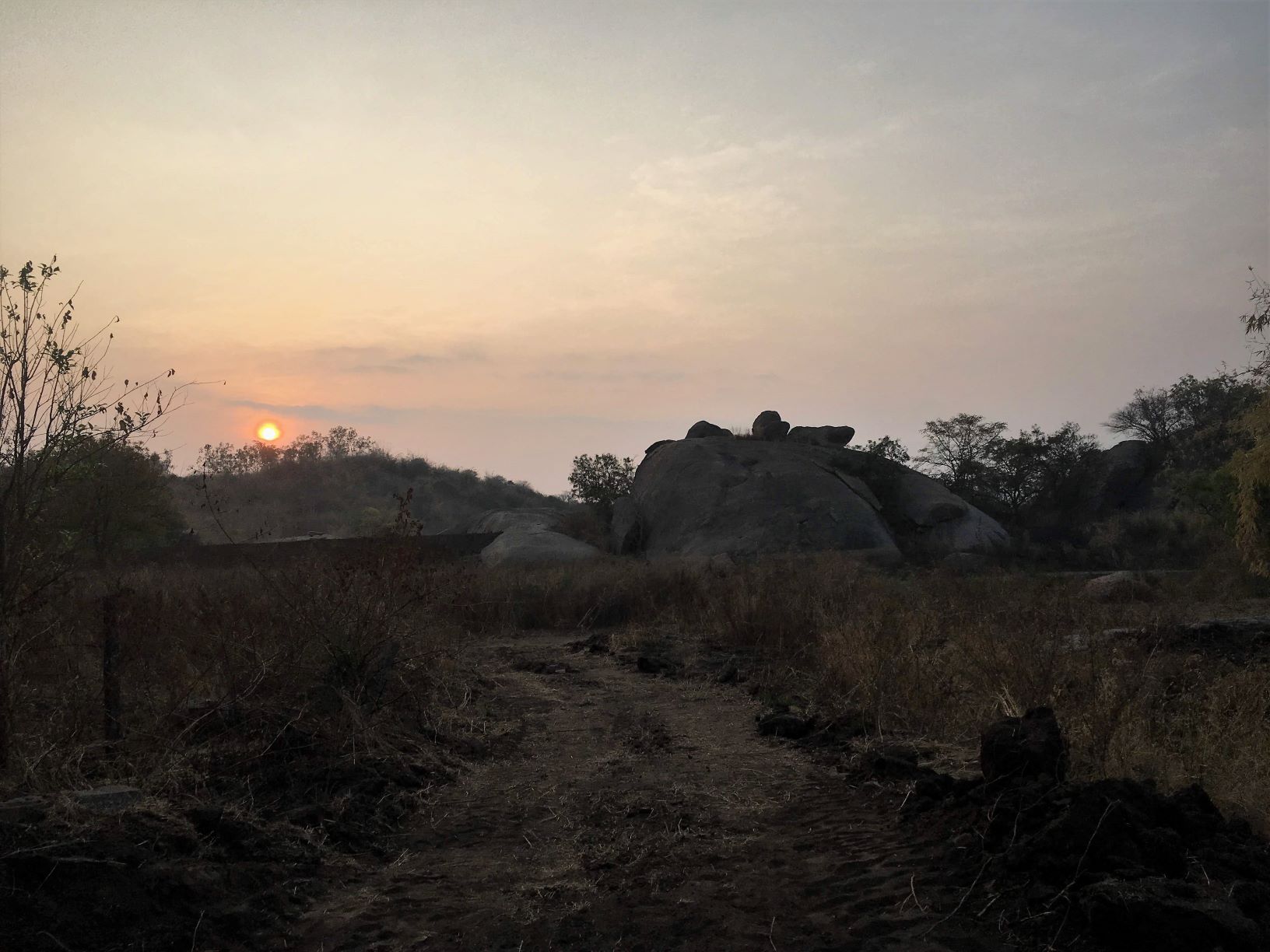 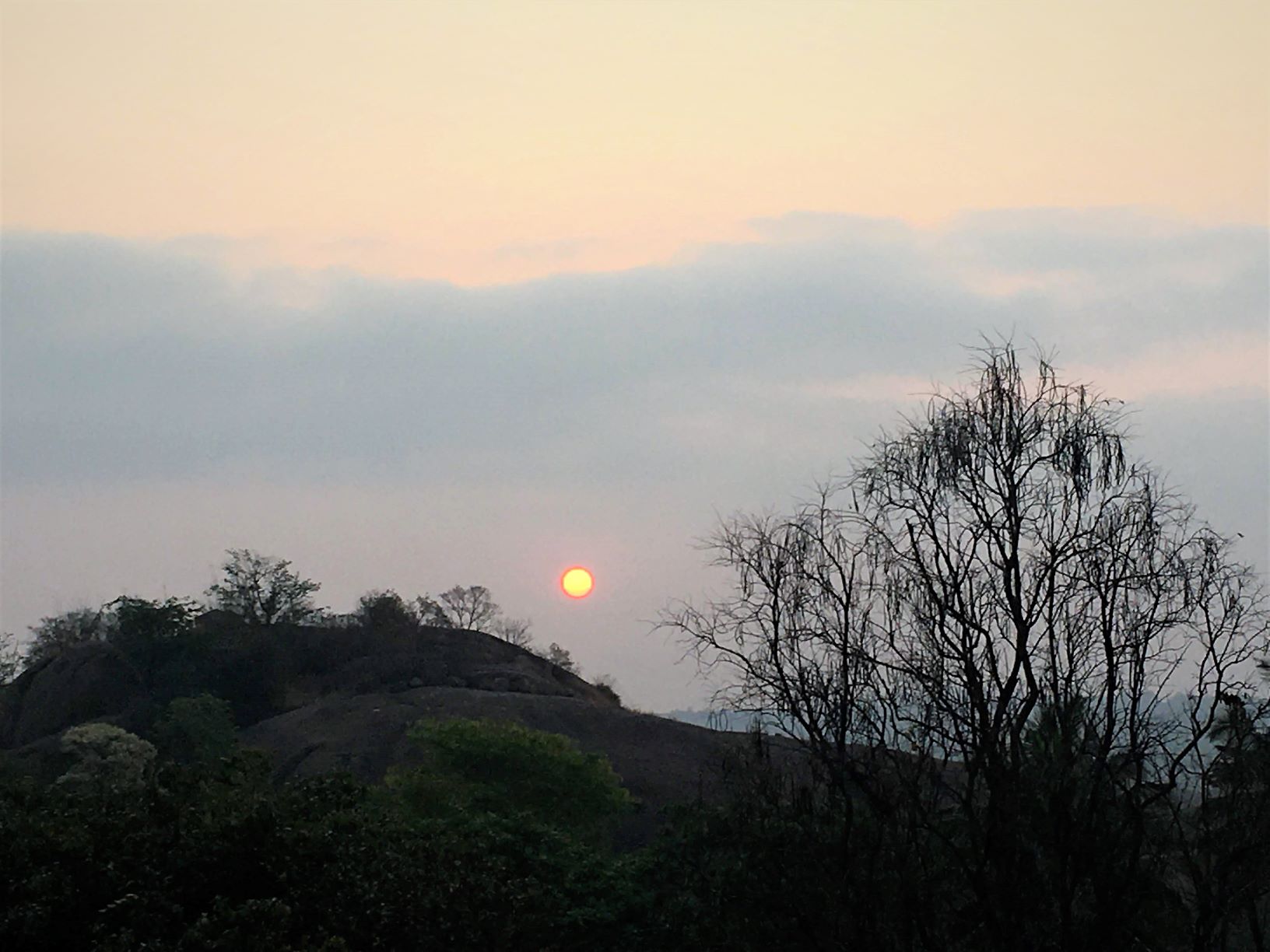 Popularly known for a day hike and Sholay movie location, very few people know that the place also has relevance in Hindu Mythology. On the top of the hill lies 2-3 small temples with idols of Lord Rama, Hanuman, Ganesh and Shiva Parvati. The temples are believed to be 1000s of years ago dating to Ramayana. It is believed that Sugreeva established the idol after Lord Rama helped him in killing Asura Sukasura. This idol later was identified and renovated by Kempegowda, founder of Bangalore. Kempegowda also built a fort here, the remains of the Fort wall can be seen at various points. There are about 350-400 steps for pilgrims to visit the temple. They do not have to hike up through the rocky trails. There is another mysterious attraction called as Sita’s Pond. No one knows how deep it is and why it is called so. But the place is a restricted area.

Ramadevara Betta is also popularly known for the location of Bollywood’s most iconic movie “Sholay’. Yes! This is the place which was converted into Gabbar’s hideout and movie’s best scenes and songs were shot here. 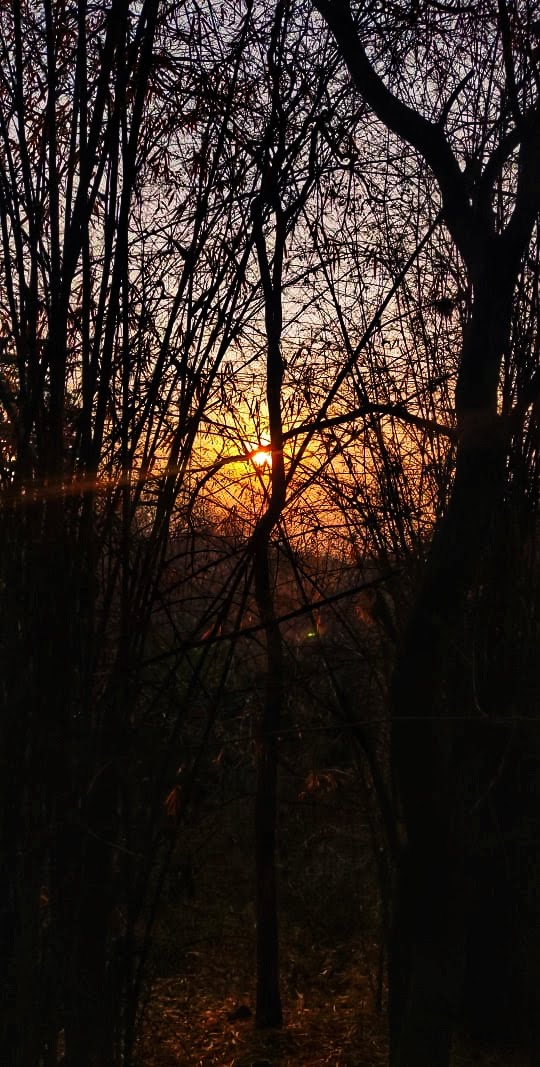 For several decades, the place is also home for Eygptian and white-backed Vultures. Thus, the area was designated as Vulture Sanctuary by the Forest Department in 2012. But sadly, there are hardly any vulture sighting because of the temples and the number of people visiting. The forest is also home to leopards, bears and peacocks. However, the wildlife is more active after sunset. 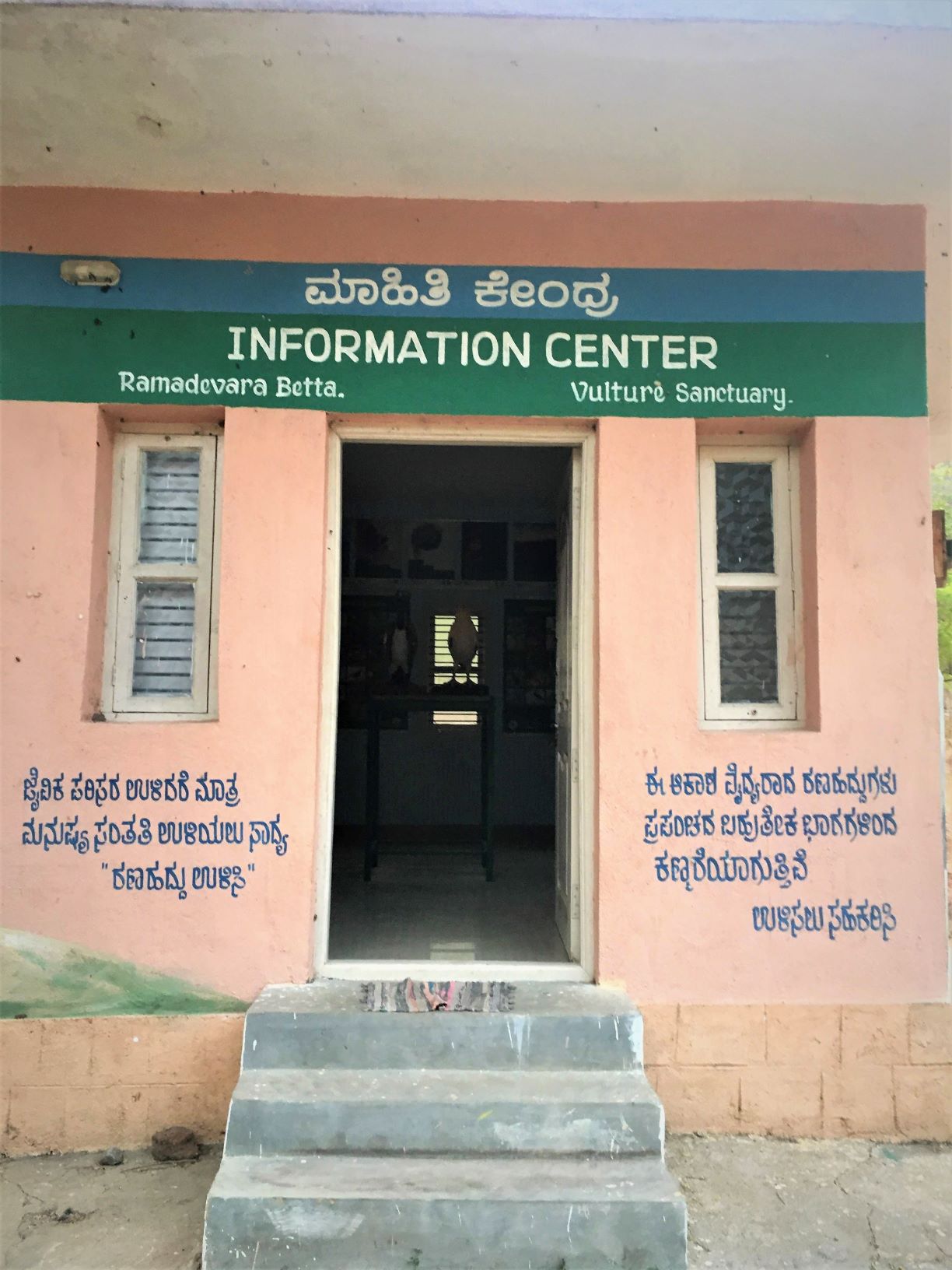 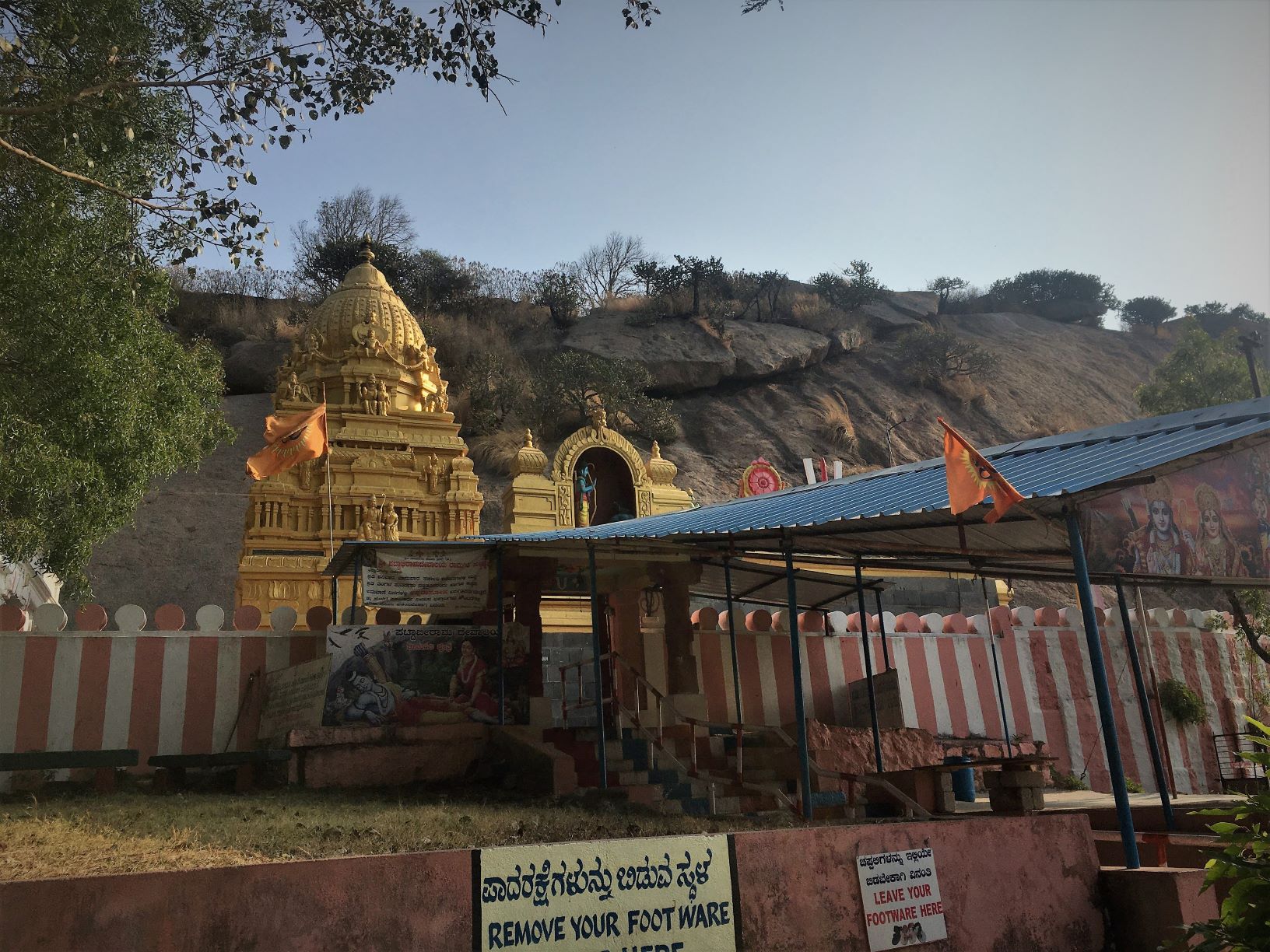 Standing tall at a height of 3800 ft, Ramadevara Betta is about 70 km away from Bangalore. The trek is very easy and ideal for beginners. This is also a perfect weekend getaway and can be done within half a day. We started our trek through the trails along with a guide from the forest department as they mentioned they spotted leopard and a bear just a couple of days before we went. The forest was little dry as the summers have just started to set in. The high rocky mountains can be seen from the highway and are easily accessible.

Ramadevara Betta lies on the outskirts of Ramanagaram Taluk on Bangalore – Mysore Road. You have to report to the forest department first and it is advisable not to venture out the trek on your own. The trail route is little complicated even though its an easy one. Walking through the forest, listening to chirping birds, the morning glow of sunrise and a little nip in the air everything was so perfect. After crossing forest trails you will reach the rocky area. This is the starting point from where you can witness the beautiful surroundings and other small peaks in Ramnagaram area. A huge Rock is cut into steep, small and adventurous steps to reach to the top of the hill. This might give you some adrenaline rush. These 20 steps were challenging but once you cross this you can have some beautiful and the most scenic views. At this point, you will see another hill just opposite which is a formation of 7 small hills and is called as Saptrishis ( Seven Saints). We spent about half an hour there to get some good clicks before descending towards the temple. The temple area had some visitors. The area has a couple of shops for small bites and water. We came down through the steps to reach the parking area. 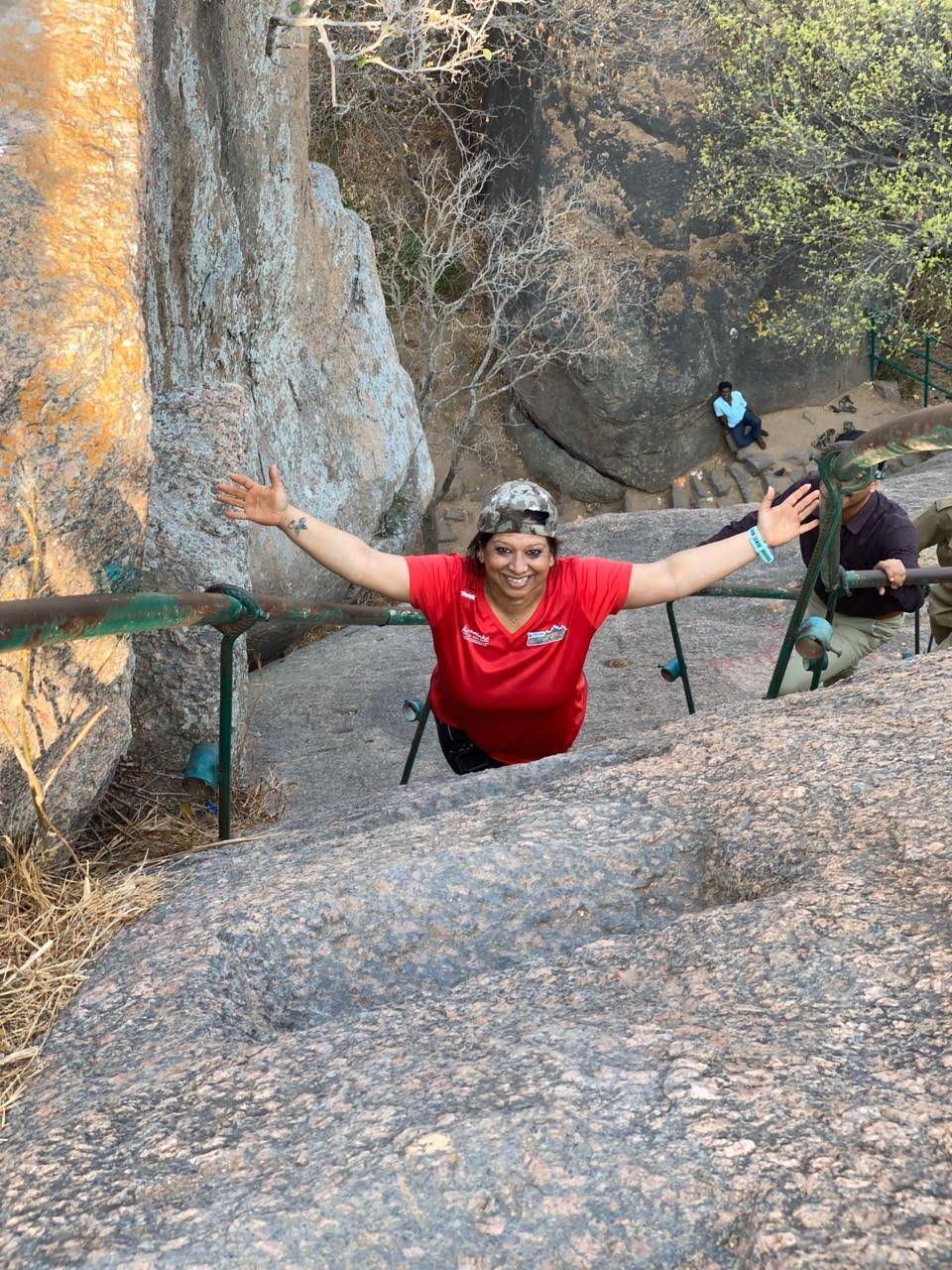 Ramanagara is about 70 km away from Bangalore and can be reached via bus or train. Ideally, one can go in their vehicle to reach the exact location comfortably. Alternatively, you can hire an autorickshaw from the station or the bus stand.

The best time to visit Ramadevara Betta is from September to March. It becomes very hot after that. Also plan to reach the place as early as possible in the morning to witness the beautiful sunrise. 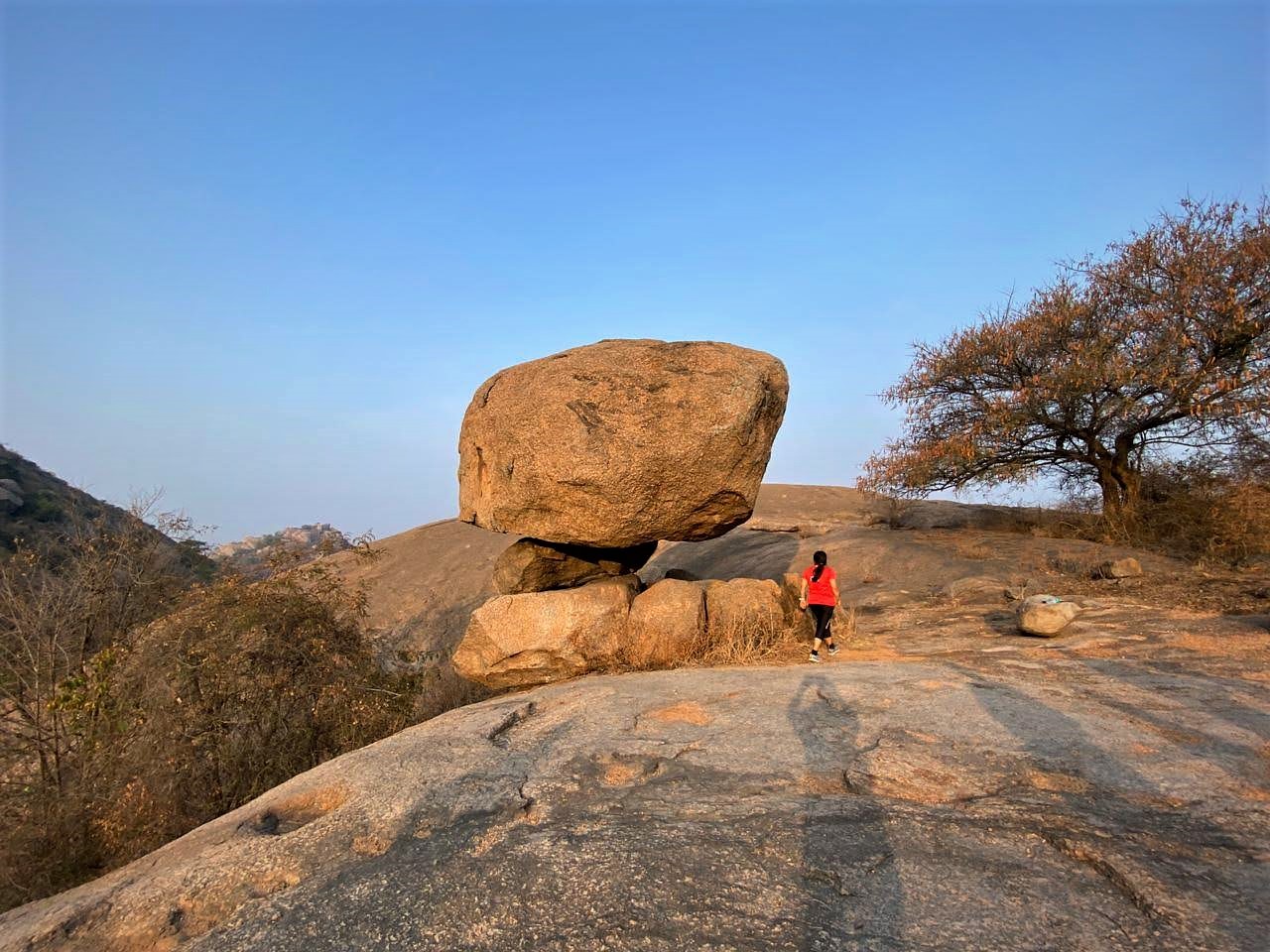 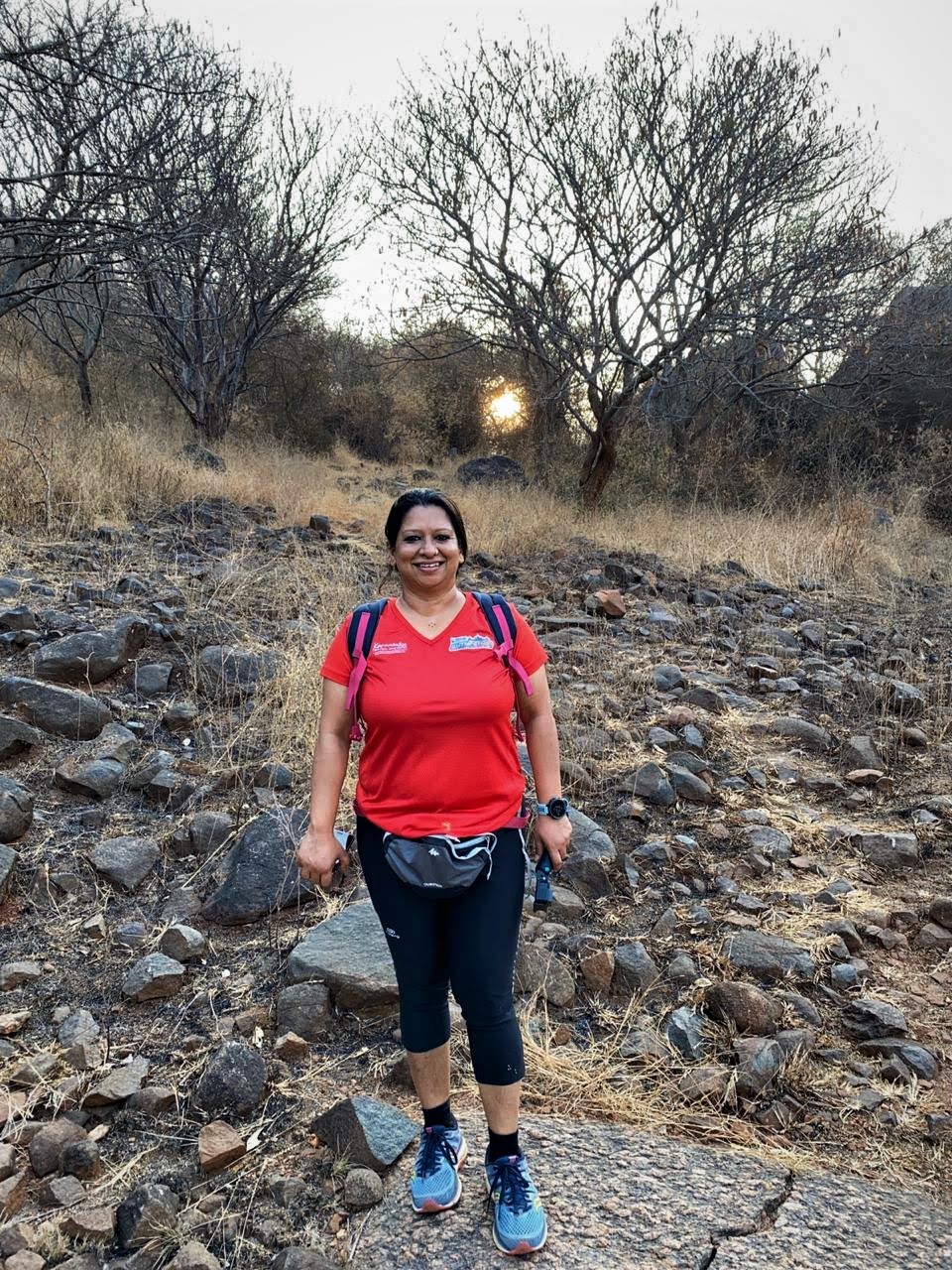